An ancient temple for Vesta, the goddess of the hearth, in the Roman Forum 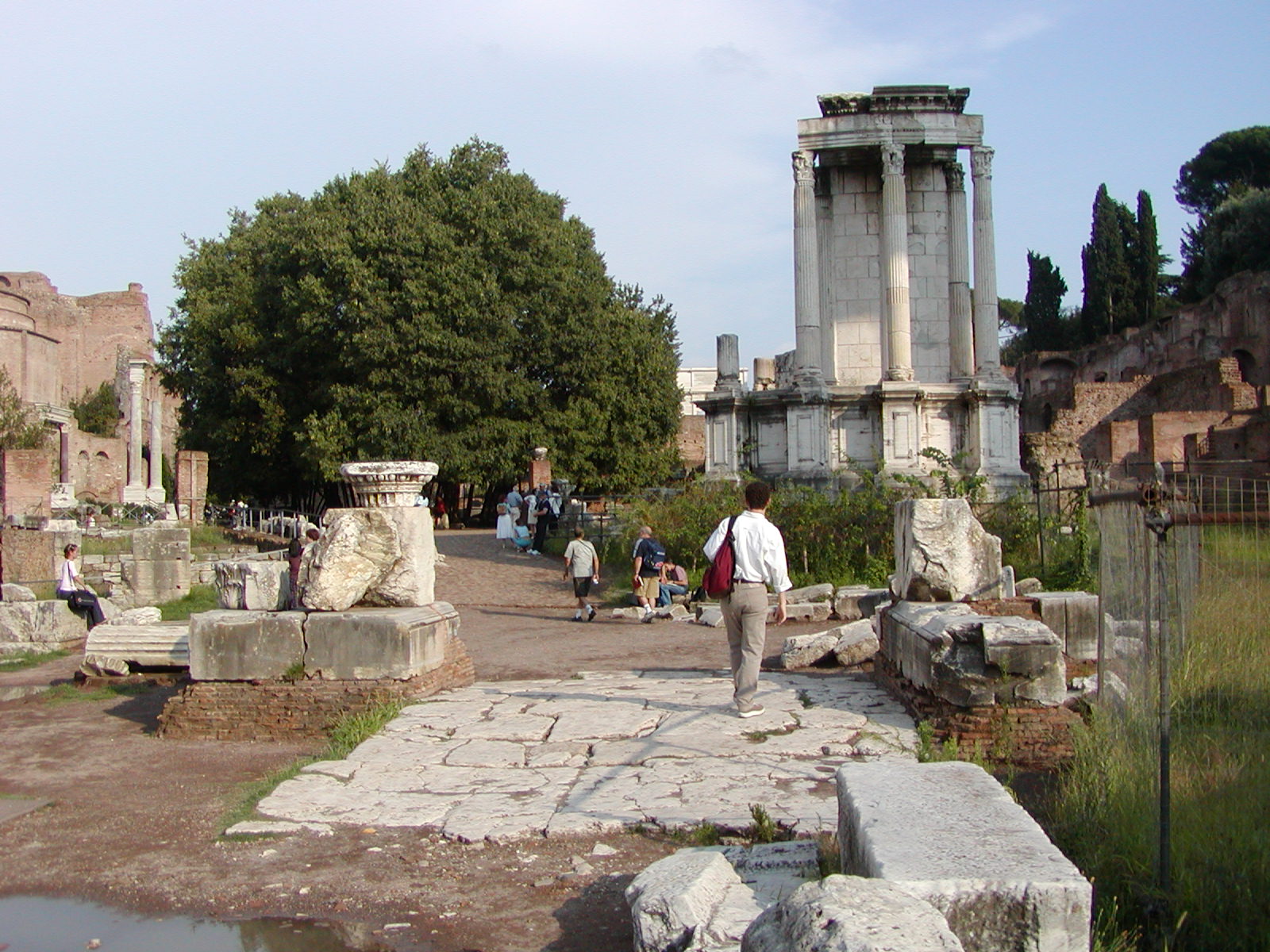 The Temple of Vesta (Aedes Vesta) was one of the most ancient Roman sanctuaries in the forum. It was dedicated to Vesta, the goddess of the hearth. The much restored remains of the temple stands between the Temple of Castor and Pollux, the Temple of Caesar, the Regia and the House of the Vestal Virgins.

The temple underwent many changes through the centuries, maybe because of the inherent danger of fire in the cult, and very little is known about the oldest buildings on the site. They did, however, have some common, immutable features. All the buildings on the spot followed the circular ground plan and the entrance was always to the east.

The current temple dates from 191 BCE, when Julia Domna, wife of the emperor Septimius Severus, ordered a thorough restoration.

The circular cella was surrounded by twenty Corinthian columns and rested on a marble covered podium in opus caementicium with a 15m diameter. The outer walls of the cella was decorated by semi-columns. The inside of the cella only housed the sacred hearth where the Vestal Virgins kept the eternal fire burning.

The temple was closed by Teodosius in 394 BCE, when all non-Christian cults were definitively banned.

The temple was partially rebuilt in 1930 using ancient fragments.

Photo gallery for "Temple of Vesta"

There are 10 photos in this gallery.

Pages related to "Temple of Vesta"

Pages referring to "Temple of Vesta"