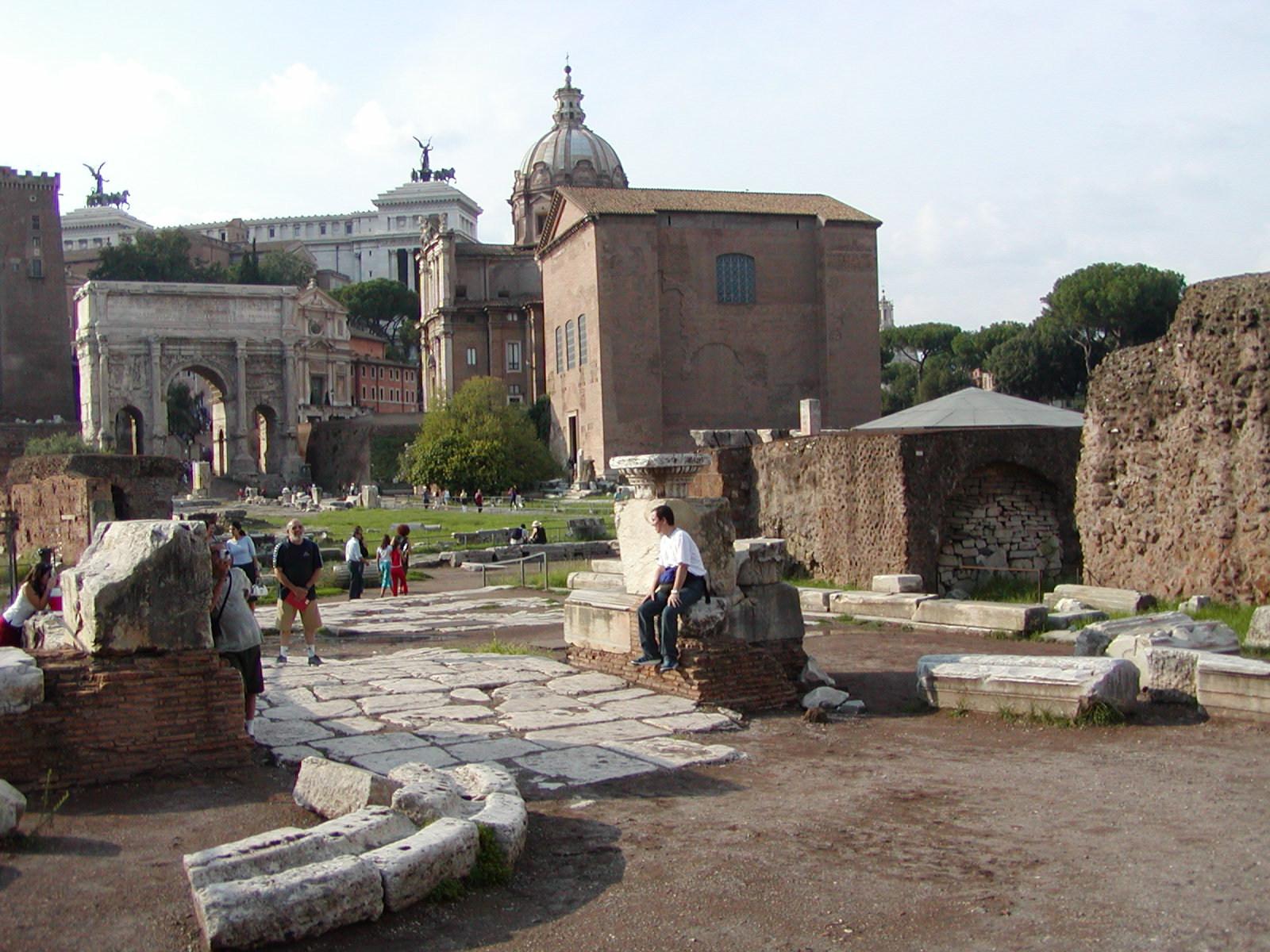 The Arch of Augustus (Arcus Augusti) was dedicated to Augustus in 29 BCE to celebrate his victory over Marcus Antonius and Cleopatra at Actium in 31 BCE. The arch is spanning the road between the Temple of Castor and Pollux and the Temple of Caesar, near the Temple of Vesta.

A large inscription was found in the same location in 1546, with a dedication to Augustus from 29 BCE, so the identification of the arch is certain.

Very little remains of the arch, but its appearance can be deduced from coins from the period (see links below for an example). It was a tree way arch, but only the central archway was vaulted. The lateral passages had flat ceilings and gabled roof. The spandrels of the central passage were decorated with reliefs with representations of Victoria, as a surviving fragment shows. Other fragments of the decoration of the arch are in the Antiquarium. 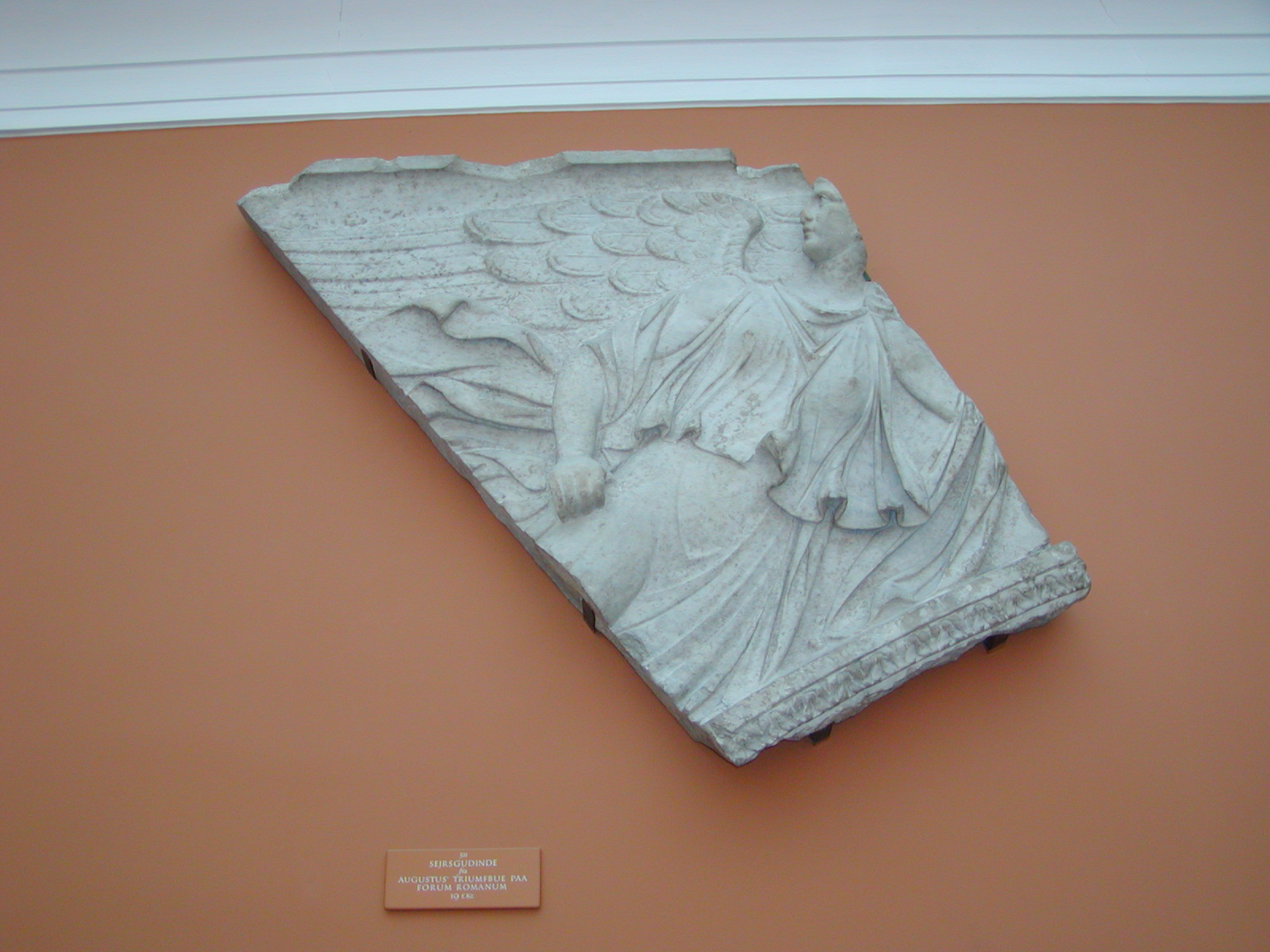 On top of the central arch stood, still according to contemporary coins, a quadriga and above the lateral archways statues.

According to one theory the fasti, the marble tablets listing the consuls and generals who had been awarded triumphal processions, were mounted on the sides of the lateral arches.

The Arch of Augustus was the first three-way arch in Rome, and served as a model for the Arch of Septimius Severus, which again was the model of the Arch of Constantine.

Photo gallery for "Arch of Augustus"

Pages related to "Arch of Augustus"

Pages referring to "Arch of Augustus"