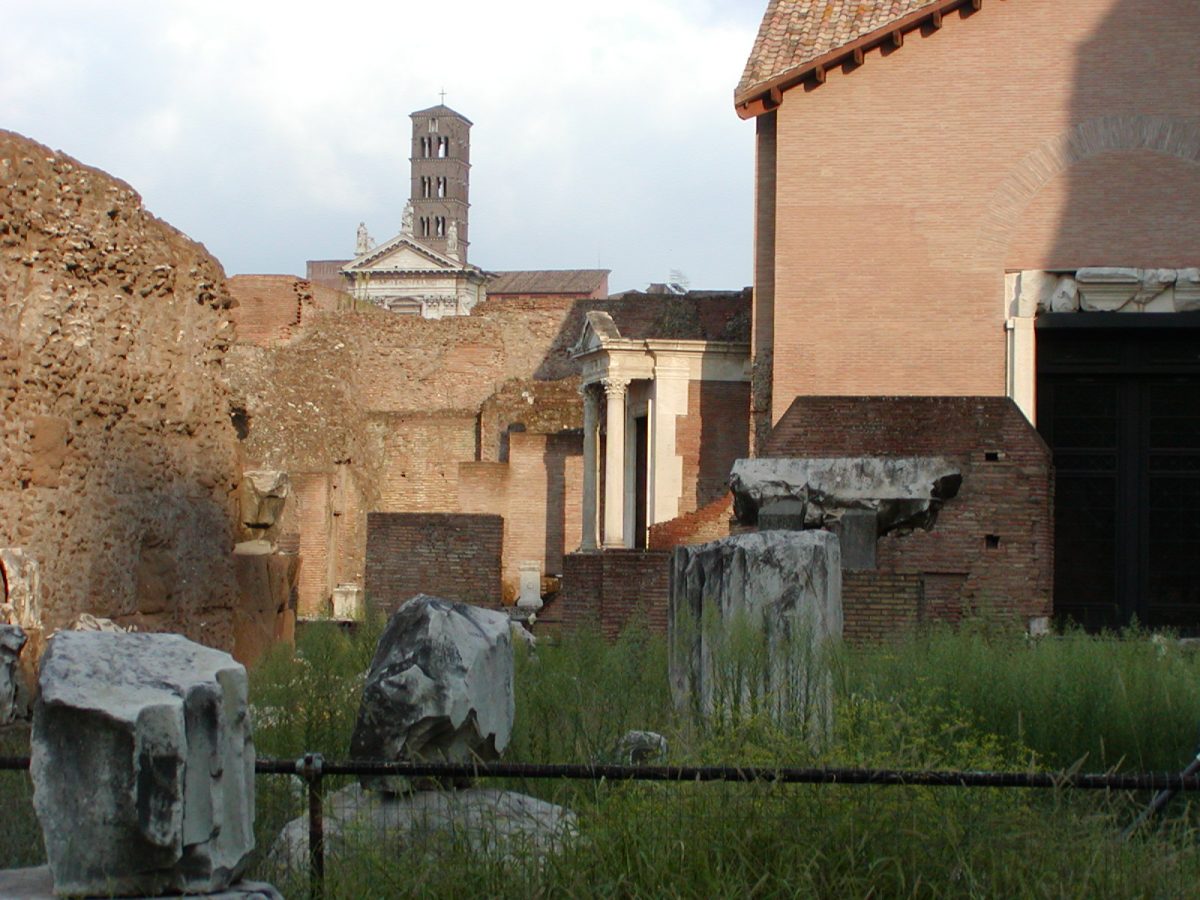 The Spring of Juturna in the Forum Romanum

The Spring of Juturna was the place where Castor and Pollux were seen watering their horses after the battle of Lake Regillus in 496 BCE.

The Spring of Juturna (Lacus Juturnae or Lacus Iuturnae) is closely related to the adjacent Temple of Castor and Pollux in the Forum Romanum. It was at this place the Castor and Pollux were seen watering their horses after the battle of Lake Regillus in 496 BCE.

The Spring of Juturna is found just behind the Temple of Castor and Pollux, near the Temple of Vesta and the House of the Vestal Virgins.

Juturna was a nymph and goddess of springs and fountains.

The spring was probably the main source of fresh water for the first inhabitants on the Palatine Hill, and remained so until the first aqueduct was constructed in 312 BCE.

The fountain consists of an almost square basin, covered in marble, with a square platform in the middle where statues of the Dioscuri stood. Fragments of these and reliefs from the Spring of Juturna are now in the Antiquarium. In front of the fountain stands a round marble well and an altar.

While the spring is ancient, the oldest parts of the current fountain appears to be from 164 BCE, under the censorship of L. Aemilius Paullus. The statues of the Dioscuri are probably made by order of Aemilius Paullus. The fragments bear sign of fire, so it is likely the fire of 14 BCE that destroyed much of the forum also touched the Spring of Juturna.

The basis in its current form is from the restorations made in 117 BCE by L. Cecilius Metellus Dalmaticus. The fountain and the temple was probably seen as a single sanctuary to Castor and Pollux, so they were restored together.

Behind the fountain stands a small temple or aedicola, flanked by two columns, also dedicated to Juturna. In front of the aedicola is a marble basin with an inscription that mentions the aedile curule M. Barbatius Pollio, who lived in the late 1st century BCE. A copy of an alter stands in front of the aedicola. The original, from the time of Septimius Severus, is in the Antiquarium.

It is not always possible to come near the Spring of Juturna.

Photo gallery for "Spring of Juturna"

Pages related to "Spring of Juturna"

Pages referring to "Spring of Juturna"