The Plutei of Trajan are two huge marble reliefs, dating from the time of Trajan. They are located inside the Curia on the Forum Romanum. They used to stand outside the, in the main square of the Forum. 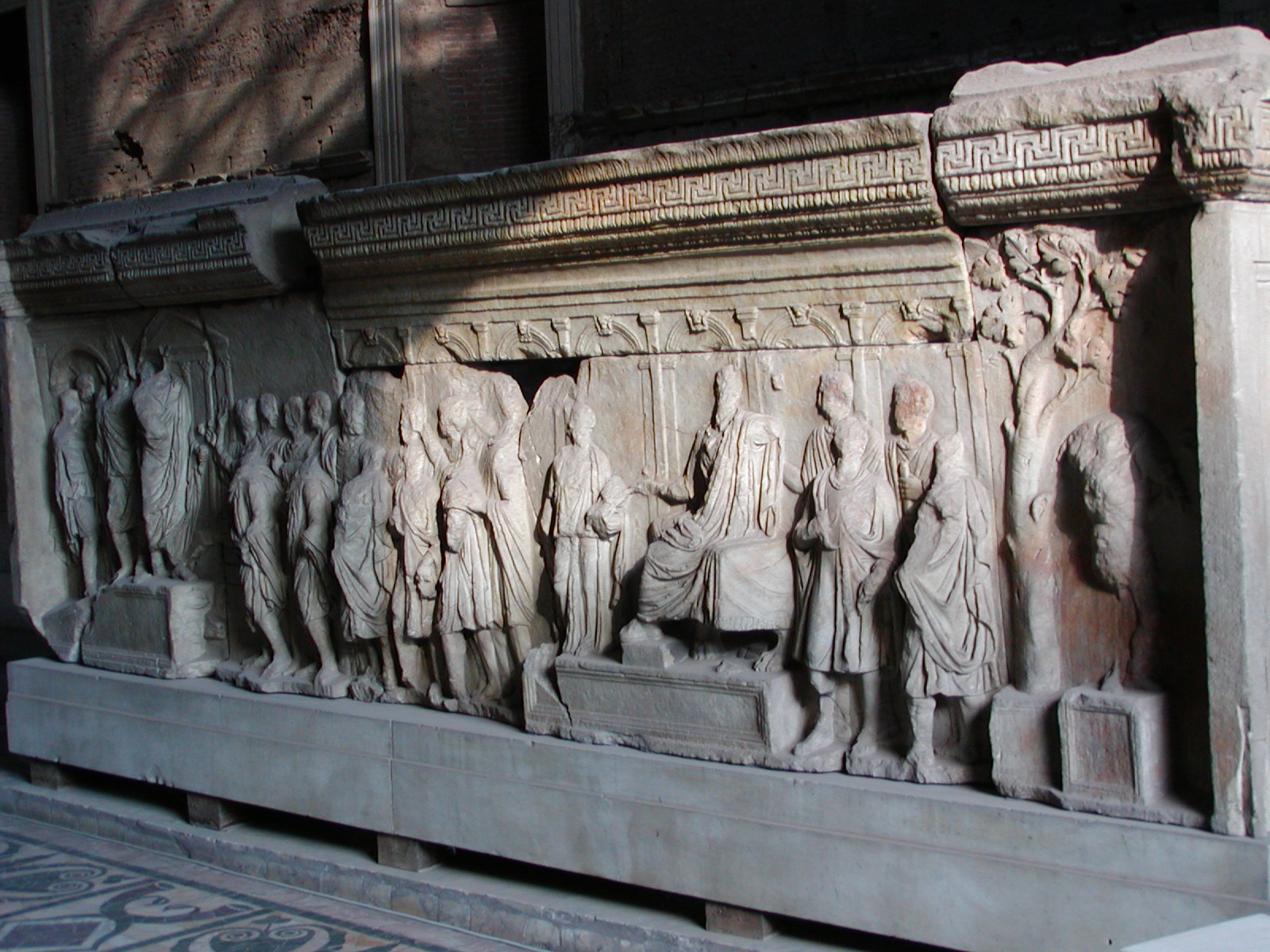 The reliefs are from an unidentified monument in the main square of the Forum, where they were found in 1872. It has been suggested that they are from a small enclosure wall built around the Ficus Ruminalis and a statue of Marsyas. This statue appears on both reliefs.

The relief on the rights side in the Curia hall shows Trajan in the Forum Romanum, where he institutes a charitable organisation for orphans, the alimenta. Trajan is seated on a podium in the middle of the forum, together with a personification of Italia carrying a child on her arm.

In the background of the relief some of the buildings on the Forum Romanum are depicted. From left to right they are: the speakers platform in front of the Temple of Divus Julius; the Arch of Augustus; the Temple of Castor and Pollux; the Vicus Tuscus; the Basilica Julia; and at last the Ficus Ruminalis and the statue of Marsyas. 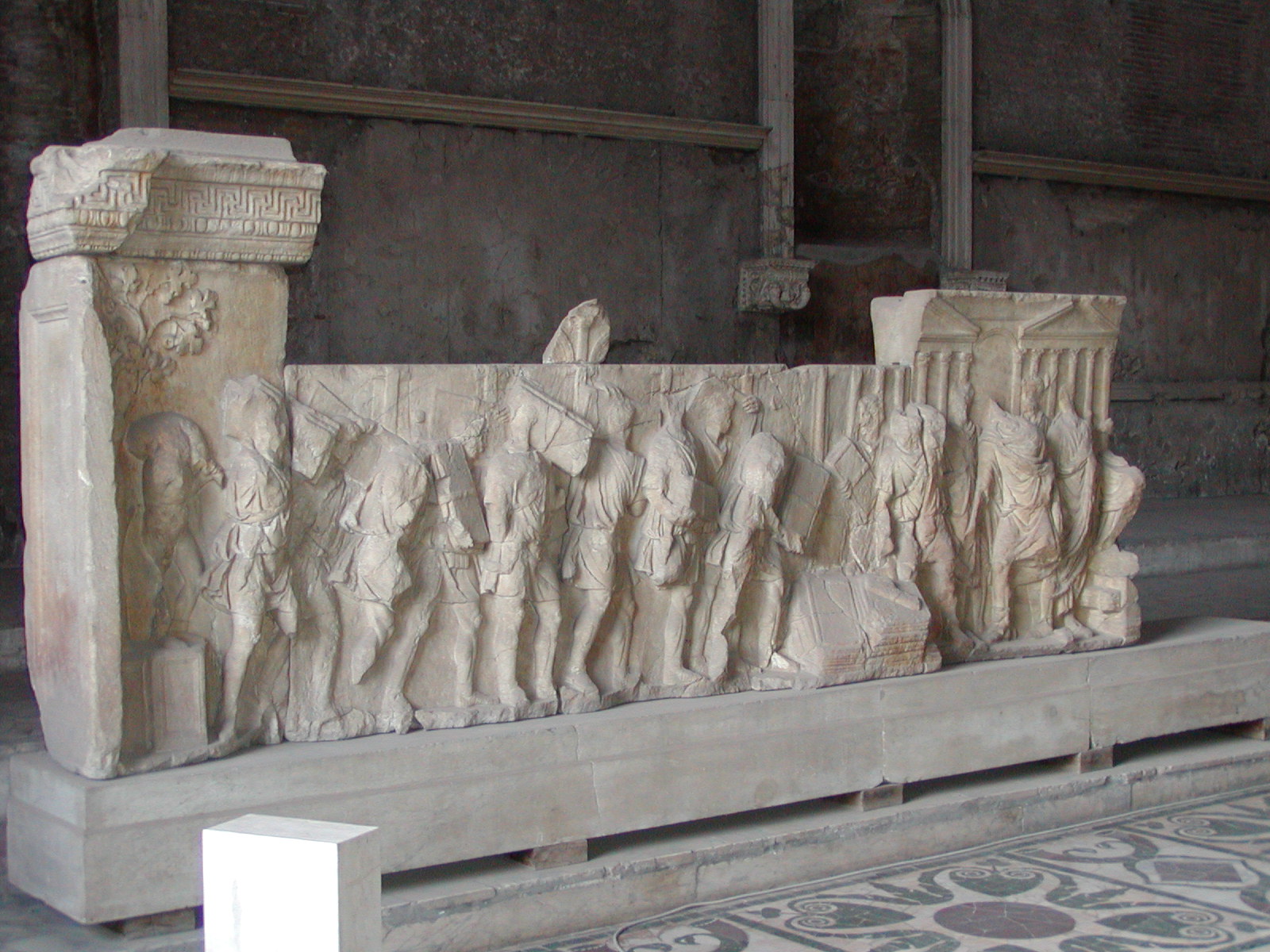 The background of this reliefs continues where the other left off. Depicted are (left to right): The Ficus Ruminalis and the statue of Marsyas; the Basilica Julia; the Temple of Saturn; the Temple of Vespasian and Titus; and the Rostra (just one of the rostra are visible). A part of the relief is missing, where the Temple of Concord should have been.

The back sides of the both reliefs show sacrificial animals, a boar, a ram and a bull, for the ceremony of the Suovetaurile.

Photo gallery for "Plutei of Trajan"

Pages related to "Plutei of Trajan"

Pages referring to "Plutei of Trajan"