Portico of the Dei Consentes

A sanctuary for twelve gods and goddesses 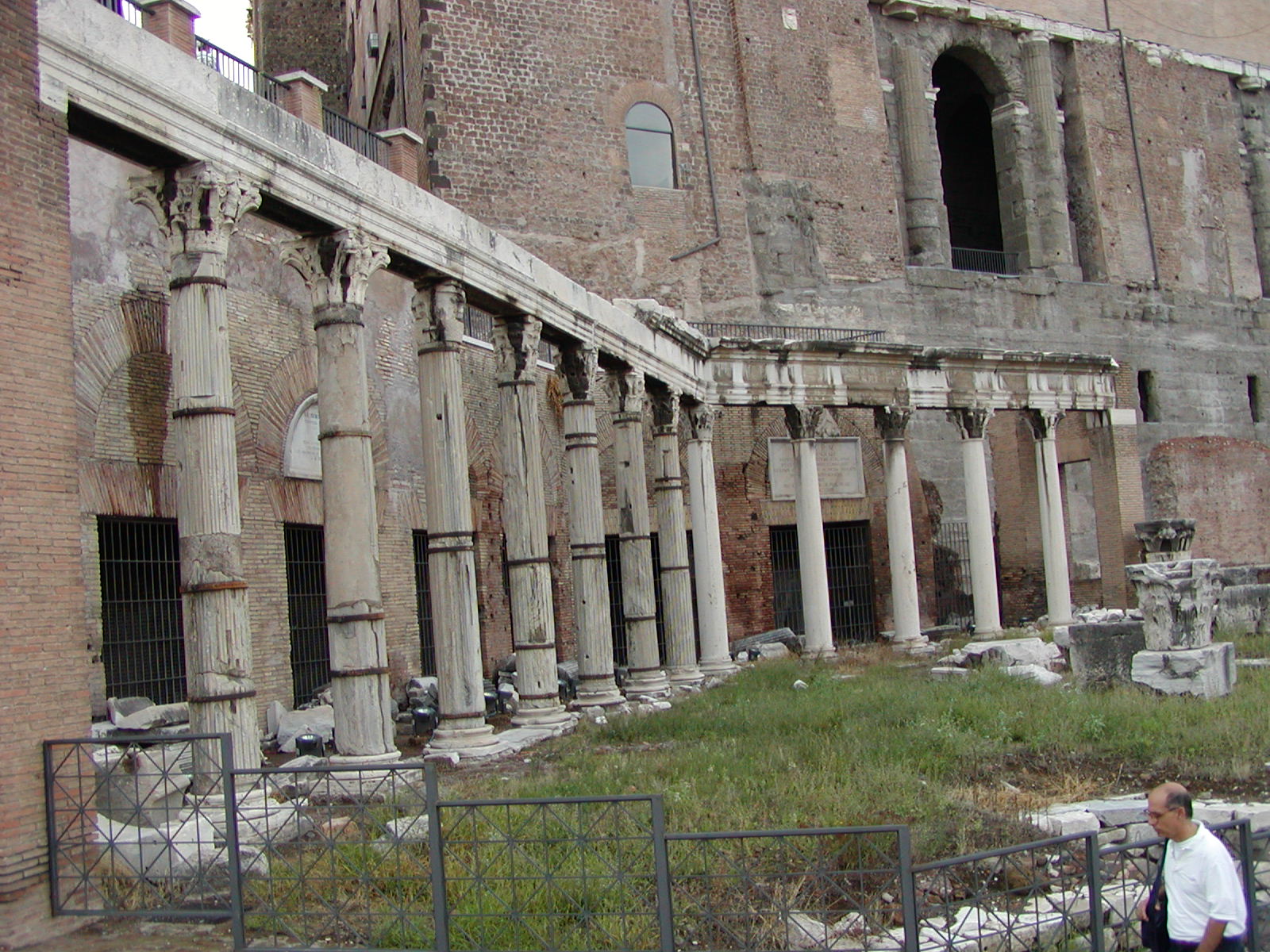 The Portico of the Dei Consentes (Porticus Deorum Consentium) was a sanctuary for the twelve major gods and goddesses of the Roman pantheon, maybe in the style of the Greek dodecatheon. The portico is located on the slope of the Capitoline Hill towards the Forum Romanum, on the Clivus Capitolinus in a corner between the Temple of Saturn and the Temple of Vespasian and Titus. The remains of the portico was first found in 1834, and during restorations of 1858 some of the columns were re-erected.

The monument consists of eight open rooms in brick behind a portico of Corinthian columns of cipollino marble. The building is bend in the middle due to the restricted space available. At a level below the portico a line of shops were found.

The portico was first built in the 1st century CE, probably in the Flavian period, maybe following the fire of 80 CE that destroyed many buildings on the Capitoline Hill. It was later restored in 367 CE by Vettius Agorius Praetextatus, the Prefect of the City, as an inscription on one of the architraves testifies. The portico was the last pagan monument in Rome to be restored in the ever more Christian city, and Praetextatus was in fact a staunch supporter of the pagan cause.

Varro in his “On Agriculture” (I,1,4) mentions twelve gilded statues of the six main gods and the six main goddesses, the dei consentes, in the forum. The inscription from 367 CE confirms that the portico is indeed the monument mentioned by Varro.

The twelve gods and goddesses were Jupiter–Juno, Neptune–Minerva, Apollo–Diana, Mars–Venus, Vulcan–Vesta, and Mercury–Ceres. Their statues have either been placed two and two in six of the rooms, or they have been placed between the columns of the portico.

The portico is best seen from the Clivus Capitolinus.

Photo gallery for "Portico of the Dei Consentes"

Pages related to "Portico of the Dei Consentes"

Pages referring to "Portico of the Dei Consentes"