God of the sky and head of the gods 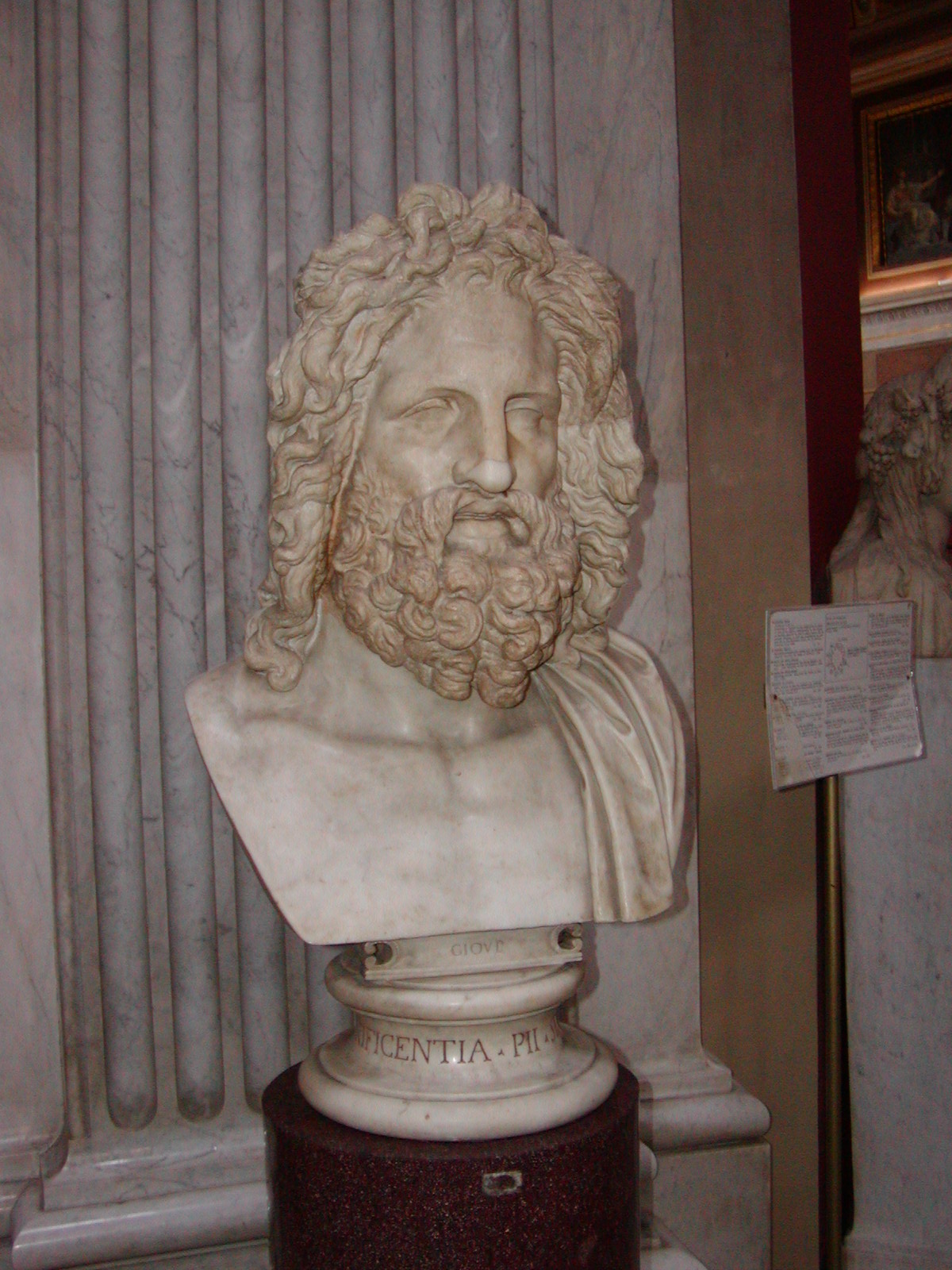 Jupiter is the head of the Roman pantheon and the leading member of the Capitoline Triad. He is married to Juno and the father of Mercury. Jupiter controls the skies, including rain, thunder and lightning.

Several festivals and games were held in Jupiter’s honour throughout the year. The cult of Jupiter was served by a special priest, the flamen dialis.

Jupiter was worshipped in many different roles, including:

Jupiter Capitolinus or Jupiter Optimus Maximus
Capitoline Jupiter was the supreme leader of the gods and the central deity in the Capitoline Triad.
Jupiter Latiaris
Jupiter “of Latium” worshipped on the Alban Mount SE. of Rome.
Jupiter Stator
Jupiter “The Stayer” caused troops to stop fleeing and stand their ground, turning defeat into victory.
Jupiter Tonans
Jupiter “The Thunderer” controlled thunder. A Temple of Jupiter Tonans was built on the Capitoline by Augustus, after he almost was hit by lightning.
Jupiter Feretius
The epithet is of unknown origin, but means something like “the maker of agreements”, “he who blesses the weapons” or “he who strikes”.
Jupiter Fulgur
Any place struck by lightning was sacred to Jupiter Fulgur.
Jupiter Pistor
Jupiter “The Baker” was the protector of bakers.

Jupiter also had many other epithets and he was identified with a great number of local gods.