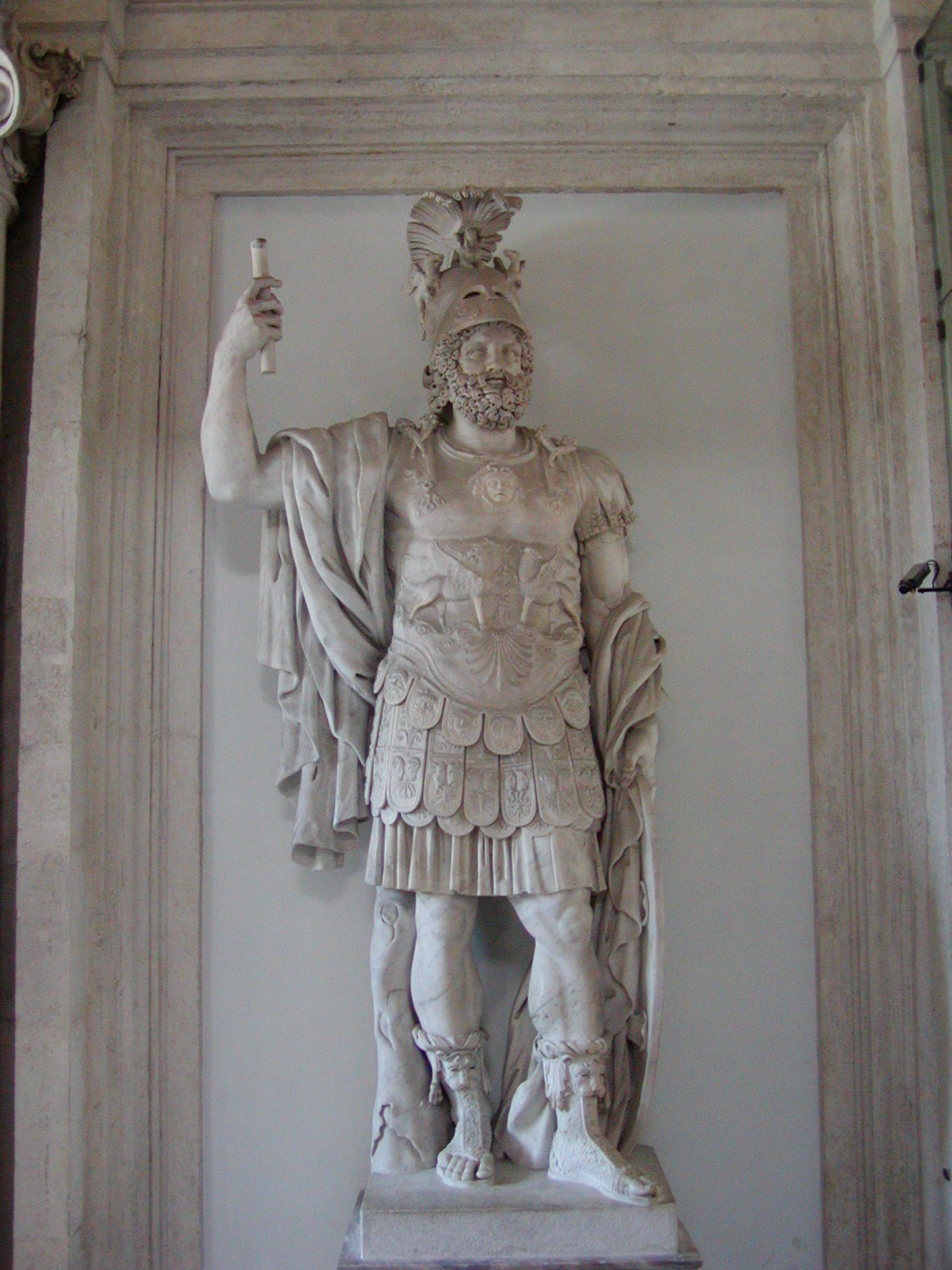 Mars was the god of war, and as such one of the most important gods in the Roman pantheon. Mars was a member of the archaic Capitoline Triad, but was later replaced by Minerva.

Mars was the son of Juno. He was often identified with the Greed god Ares. Mars was one of the few gods to which a bull could be sacrifices. A special priest was appointed to the worship of Mars, the Flamen Martialis.

The month of March is named after Mars. In the early Roman calendar this was the first month of the year and marked the start of the war season.