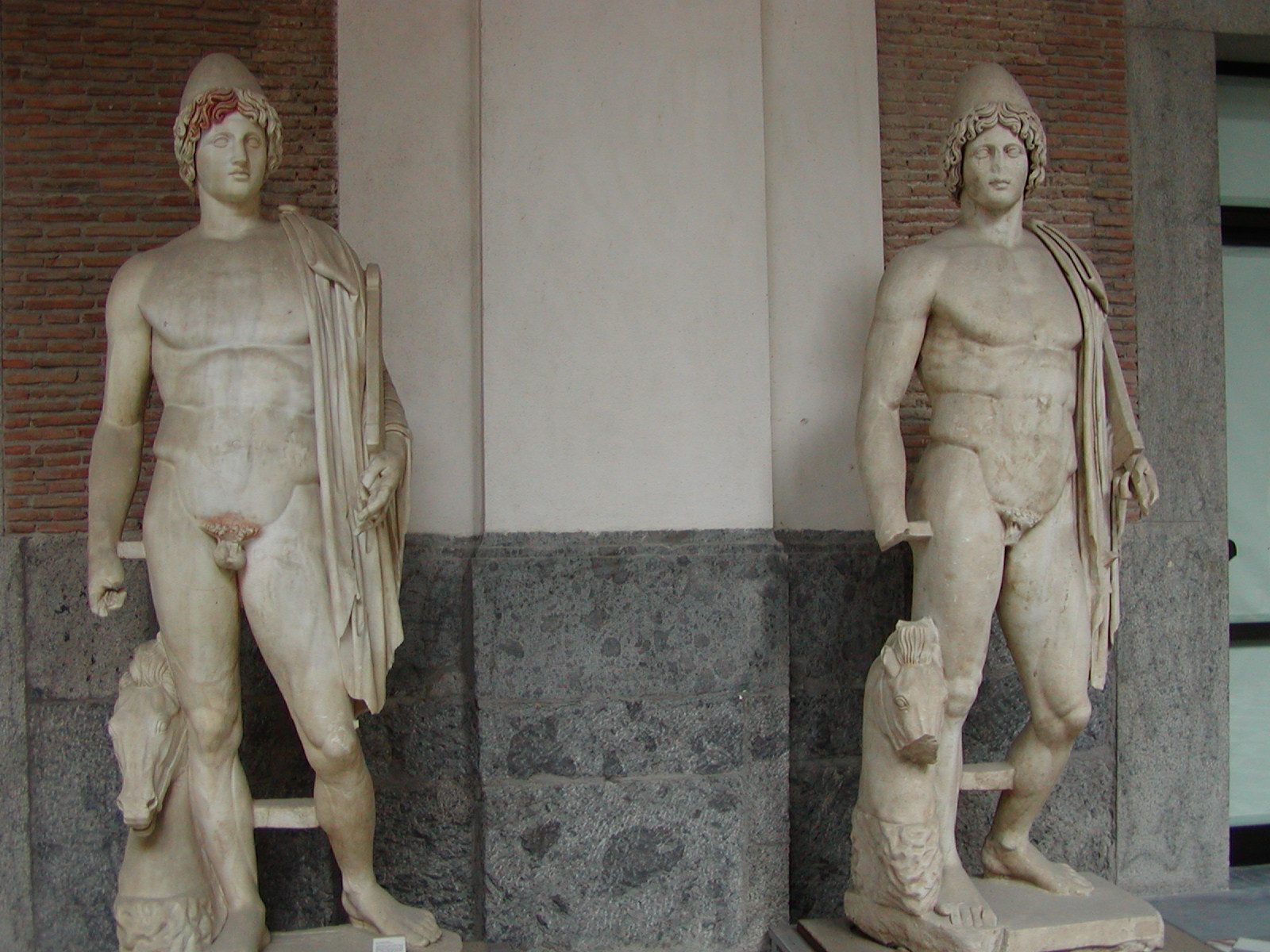 Castor and Pollux were very popular in early Rome. Their temple on the the Forum Romanum is from 484 BCE.

The cult of the Dioscuri, as they are also called, came to Rome from Greece via Magna Graecia.

There were twins brothers, sons of Zeus and Leda, and originally called Castor and Polydeuces.

Castor and Pollux were very able horsemen and therefore protectors of the cavallery, the horse races and of the Roman equestrian order.

Photo gallery for "Castor and Pollux"

Pages referring to "Castor and Pollux"