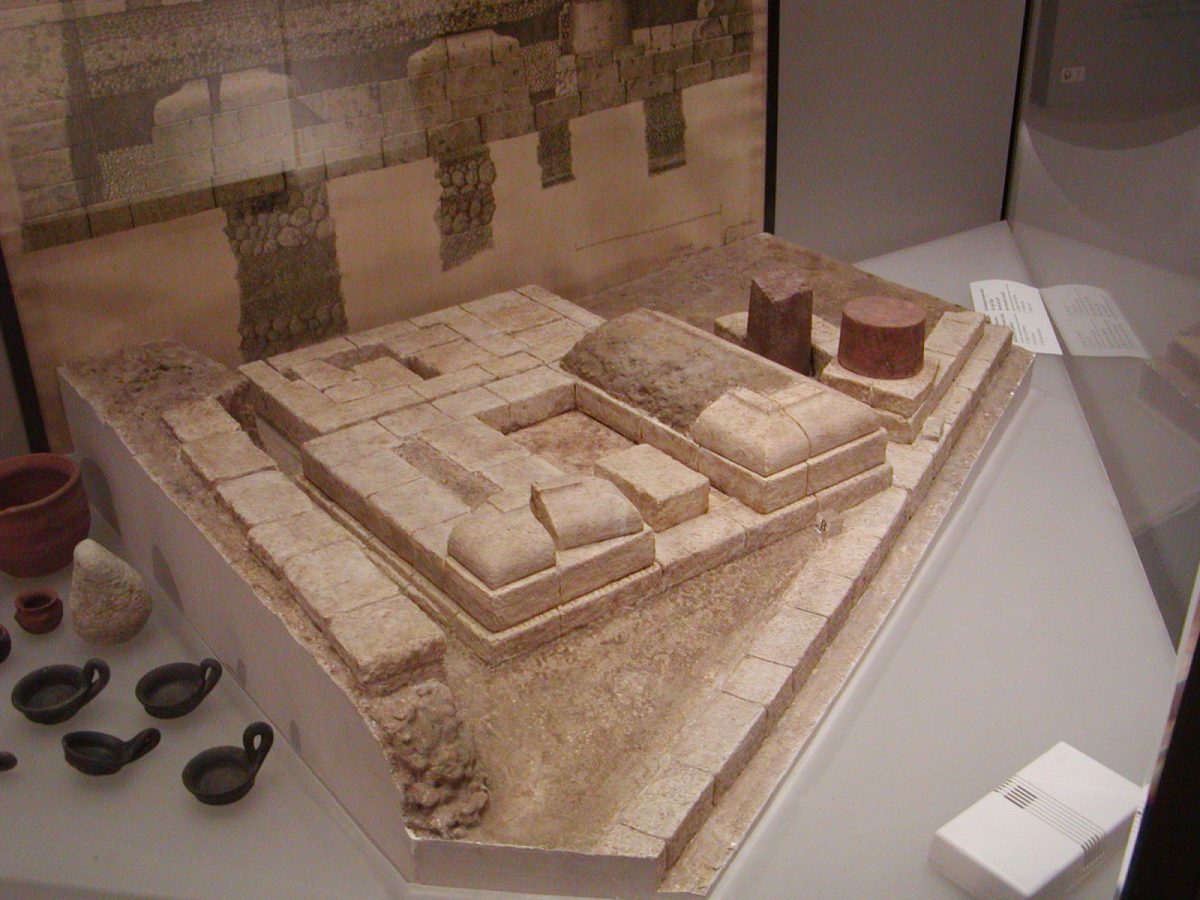 The Lapis Niger and the Vulcanal are the only parts of the ancient Comitium in the Forum Romanun that have survived, but cannot normally be visited

The Lapis Niger and the Vulcanal are the only parts of the ancient Comitium that have survived. It was a sanctuary for Vulcan, well-known from ancient literary sources, but it was only discovered in 1899, by the archaeologist Giacomo Boni. The sanctuary is located underground between the Curia Julia and the Arch of Septimius Severus on the Forum Romanum.

The earliest parts of the sanctuary are from the iron-age (6th or 7th century BCE), but some parts have been modified later.

The sanctuary consisted of an open-air horseshoe shaped altar, a column which was probably for the cult statue, and an inscribed stela, the Lapis Niger (The Black Stone). The stela is the oldest part of the sanctuary, dating from c. 570-550 BCE. The altar is later, dating from c.350-300 BCE, but undoubtedly it replaced an earlier altar. Only the base of the altar and of the column survive with the lower half of the stela. The sanctuary was partly demolished and covered with a pavement of black slabs when Sulla reordered the Comitium c. 80 BCE.

The Lapis Niger is known from ancient writers (Pompeius Festus, Dionysios of Halicarnassus, Plutarch), but their explanations are not unambiguous. Pompeius Festus writes: “The black stone in the Comitium marks an unlucky spot: according to some it was intended to serve as the grave of Romulus, but this intention was not carried out, and in the place of Romulus his foster-father Faustulus was buried; according to others it was the grave of Hostus Hostilius, the father of the third king Tullus Hostilius”, but other writers had other explanations.

Certain is that the sanctuary was a sacred spot from very early on.

The writing on the Lapis Niger is the oldest known inscription in the Latin language. The inscription is boustrophedonic // written alternately left to right and right to left, in archaic Latin and the stela is damaged, so only one third to one half of each line survive, but the meaning is fairly clear. It is a protective formula, proclaiming the sanctity of the site.

The inscription has been reconstructed as follows:

The first line declares the sanctity of the site (sakros esed). The second line mentions the king (recei — to the king), which given the early date of the inscription, must be the real kings of Rome, not the rex sacrorum of the early Republic. The third line mentions the king’s herald (kalatorem — calator) and beasts of burden (iouxmenta — iumenta) are named.

It is likely that the sanctuary was used for sacrifices, maybe performed by the king, in connection with the meetings held in the Comitium (hence the herald).

At the current ground level the only visible part is a square area of black marble paving, surrounded by the white travertine paving from Augustan times.

The subterranean parts of the monument cannot normally be visited.