The church of the Popes

The Basilica of Saint Peter is the most important place of worship in the Catholic Church. According to tradition it is built on top of the tomb of Saint Peter, and archaeological remains consistent with this tradition has been unearthed below the church. 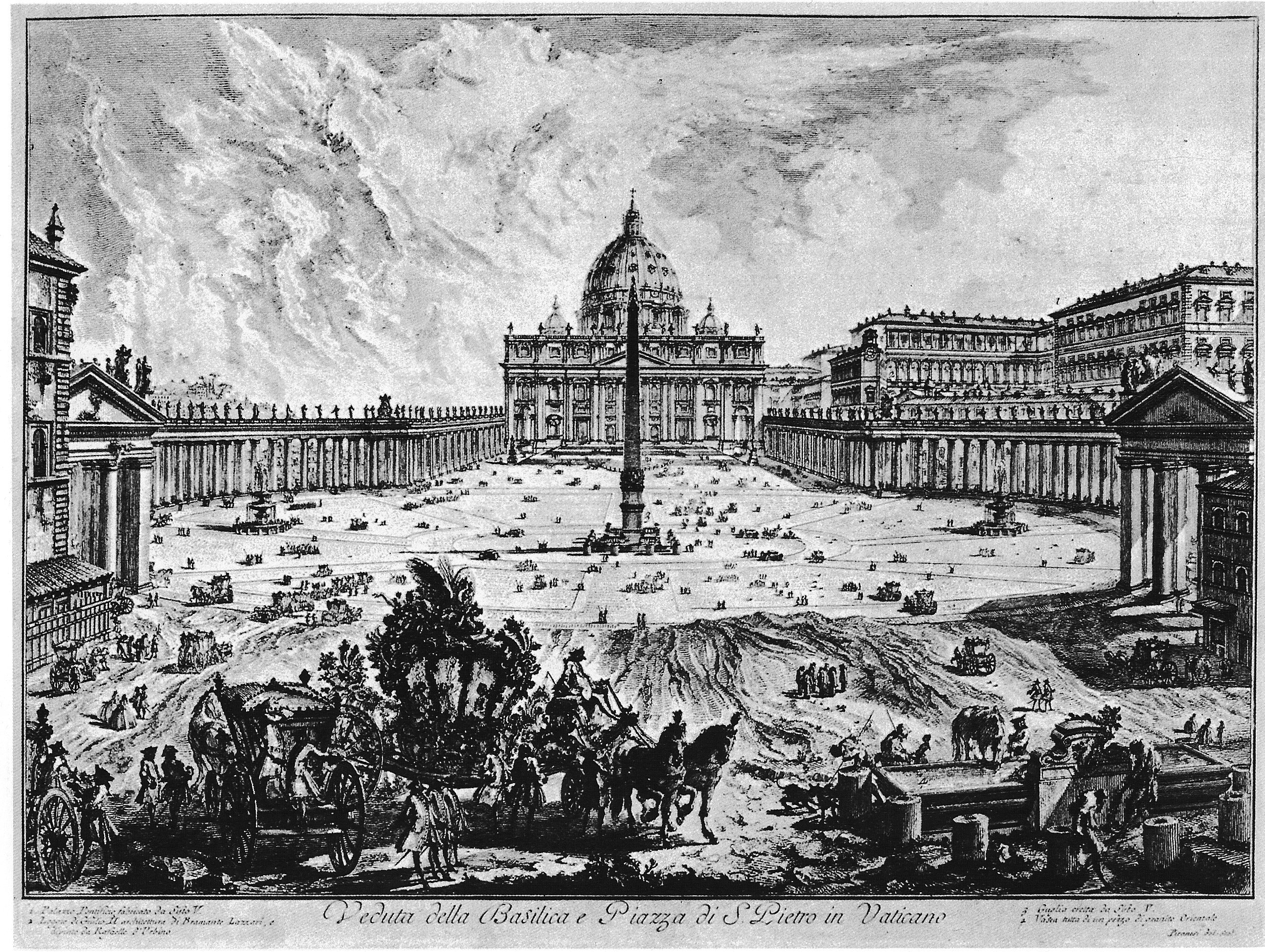 The current building is the second church on the location. In early antiquity the site was outside the city limits, in the Ager Vaticanus, but during the reign of Caligula a circus was built on the site. This circus in the Vatican was for horse races and gladiatorial fights, and criminals were publicly executed, often in cruel ways. Under Nero many Christians were executed in the circus, according to tradition also Saint Peter, who was buried in a tomb on the road just north of the circus. In the following centuries Christians came to the tomb to worship, which kept the memory alive.

When the Christian Church was officially recognised in the early 4th century under Constantine I, the land was bequeathed to the church and a basilica, the Constantinian Basilica, was built above the tomb. This basilica became an important centre in the Catholic Church and remained so for over a millennium, but during the Papacy’s exile in Avignon the basilica fell in disrepair beyond all hope.

After the return of the Papacy to Rome, a new building was necessary and the Constantinian Basilica was demolished. The construction of the new basilica begun in 1506 and was finally completed in 1615, resulting in the present church after many changes of plans. Among the architects of the basilica are Donato Bramante, Rafael, Antonio da Sangallo the Younger, Michelangelo Buonarroti and Carlo Maderno. The colonnade around the square in front of the church was added by Gian Lorenzo Bernini in the 17th century.

The Basilica of Saint Peter contains many masterpieces of Renaissance and Baroque art, including the Pietà of Michelangelo and the Baldachin by Bernini, and several papal tombs. In the crypt below the church remnants of the Constantinian Basilica and of earlier Roman buildings and tombs can be seen, including the place where St. Peter is believed to have been buried.

There are 12 photos in this gallery.