The cubicle is divided in two parts. The front of the room is slightly wider that the alcove in the back, and they are divided by two bases that have probably supported two semi-columns. 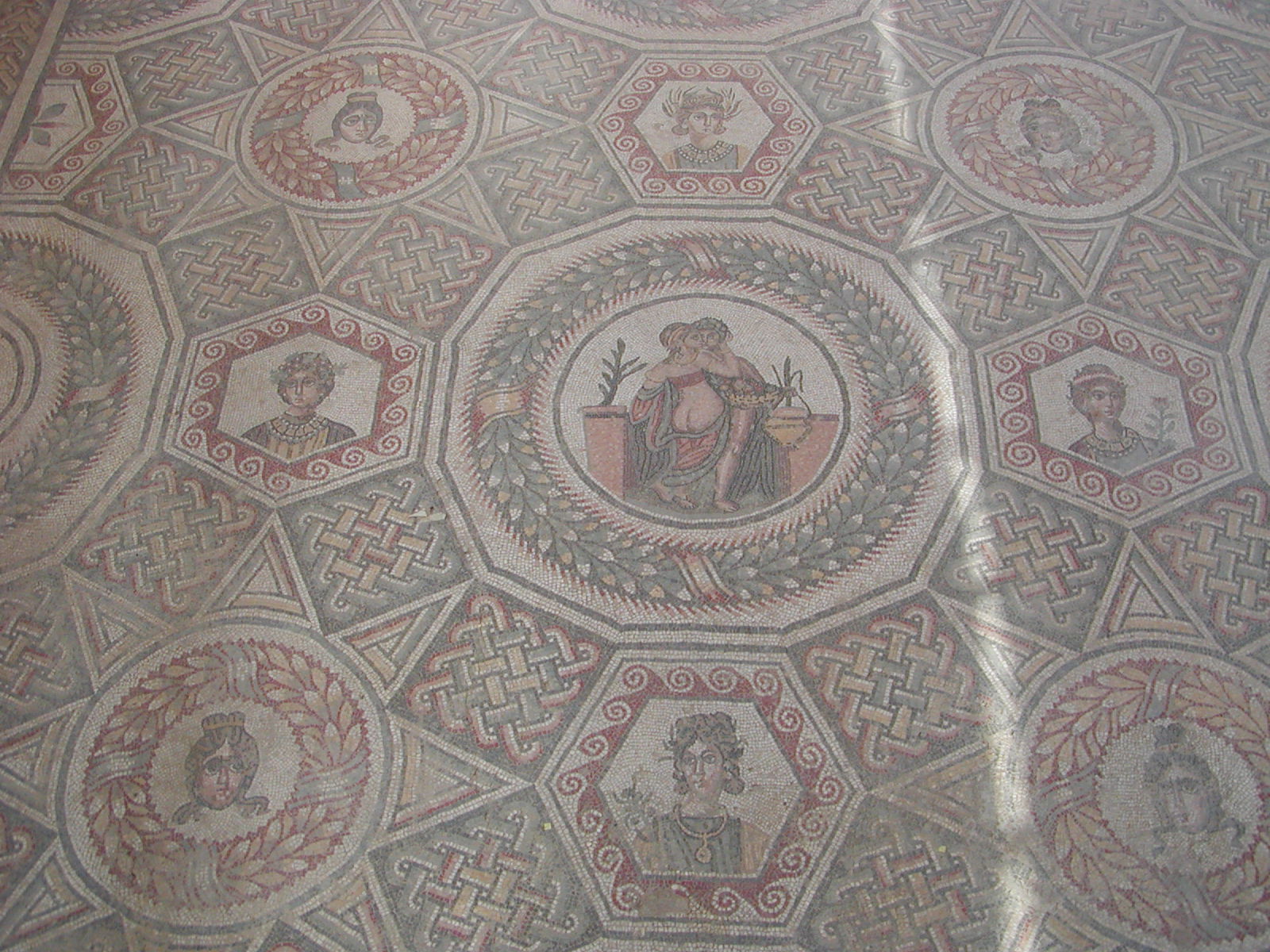 The mosaic in the front part of the room is geometric. In the centre is a twelve-sided irregular polygon with a laurel garland wrapped with a red band. Inside this a circular emblem with two persons, an man and a woman, kissing and embracing. She has her back to the viewer and is half undressed. He wears a crown of laurel and holds a situla, a bucket or jar, in his left hand.

The same polygons with laurel garlands are repeated in halves and quarters in the sides and corners of the room. These contain geometric patterns in the centre.

Hexagons with busts of female representations of the four seasons are placed at the four cardinal points around the central polygon. Each bust is surrounded by a hexagonal border of sea waves. Similar hexagons are repeated in halves along the border of the mosaic, containing flower-like patterns.

The remaining sides of the polygons are occupied by squares with guilloches in varying colours. These form together four huge eight pointed stars in the diagonal directions around the central polygon. At the centre of the stars are laurel garlands with golden leaves on a red background, each encircling a female theatrical mask. 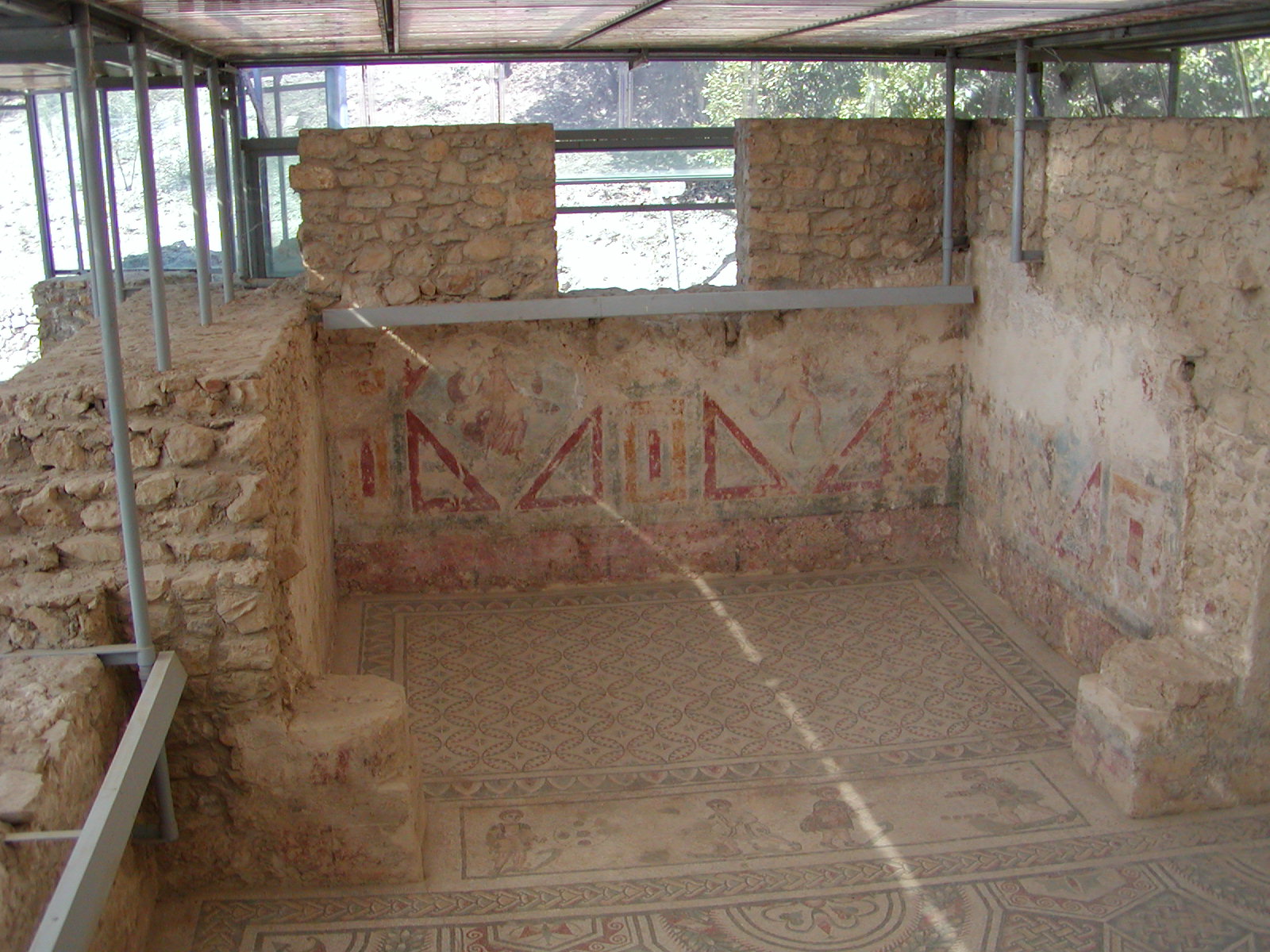 The threshold between the front chamber and the alcove is marked by a narrow mosaic with four children playing ball games.

The alcove has a much simpler mosaic with overlapping circles forming a pattern of four leave flowers. This mosaic would be covered by the bed.

What the alcove lacks in mosaic it has in wall frescoes. The walls of the room are still standing to a considerable height, and in the alcove the wall frescoes are preserved up to a height of about 1m. Red triangles on a green/turquoise background form two rhombs on the back wall and one on each side wall. Inside the rhombs are depicted human figures, only preserved in part. To the left on the back wall is a dancing woman wearing a long dress of a light fabric. She appears to be hurling a scarf into the air, much like the dancing woman in the Room of the Dance, and maybe as the young woman in the frescoes in the Villa of Mysteries in Pompeii. The rhombe to the right depicts a dancing satyr, his tail clearly visible. The images on the side wall are more damaged and the figures are not easily identified. The frescoes thus depict dionysiac scenes.

The mosaics are in an almost perfect state of preservation.

There are 14 photos in this gallery.