The room is the first room of the smaller private apartment in the villa. It is an antechamber to what appears to be two cubiculi, bedrooms. 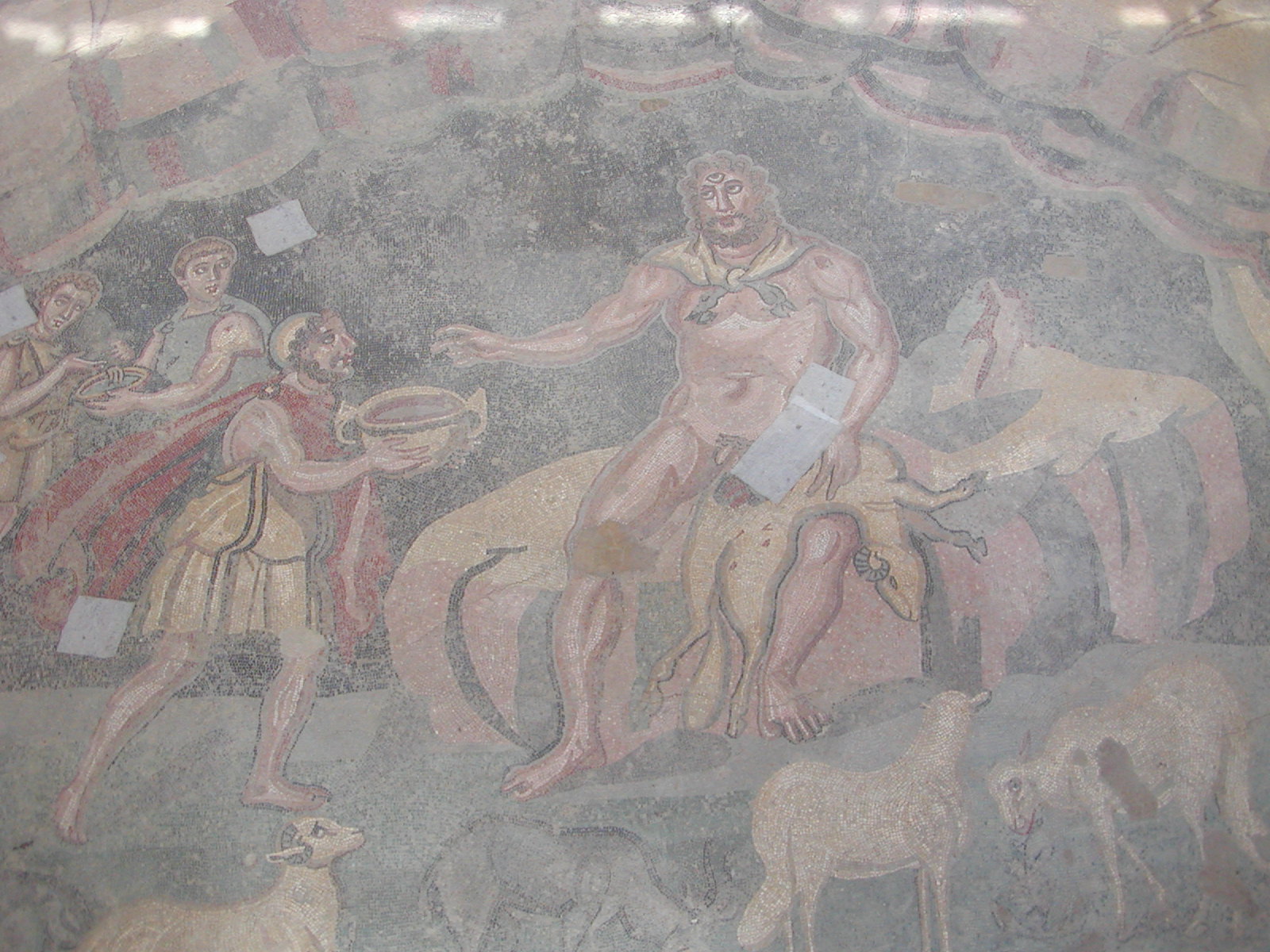 The mosaic is a motif from the Odyssey (song IX). Ulysses and his men are trapped in the cave of the cyclops Polyphemus who have been eating some of Ulysses’ men, two for breakfast and two for diner. Ulysses tricks Polyphemus into drinking strong wine so he falls asleep. While sleeping Ulysses and his men blind Polyphemus with a wooden pole they have pointed in the fire. Though blinded Polyphemus tries to keep Ulysses imprisoned by blocking the exit with a huge boulder, but the men escape by tying themselves under the oversize sheep of Polyphemus, which he has to let out in the morning.

In the centre of the mosaic Polyphemus is sitting in his cave, on a rock, with a ram ripped open over his knee. He is naked except for a sheep skin tied around his neck. He is depicted with three eyes instead of one, maybe as a recognition of his half human descent, but it will make it somewhat harder for Ulysses and his men to blind him. Ulysses is approaching the cyclops to offer him wine of huge cup, and Polyphemus is reaching out for it greedily. In the background some of Ulysses’ companions are pouring more wine in another cup. In front of the figures are the sheep of Polyphemus are going around their business, blissfully unaware of the cunning deceit taking place behind them.

The colours of the mosaic are very dark colours to reflect the cave environment.

The mosaic is very well preserved.

Photo gallery for "Vestibule of Polyphemus"

Pages referring to "Vestibule of Polyphemus"