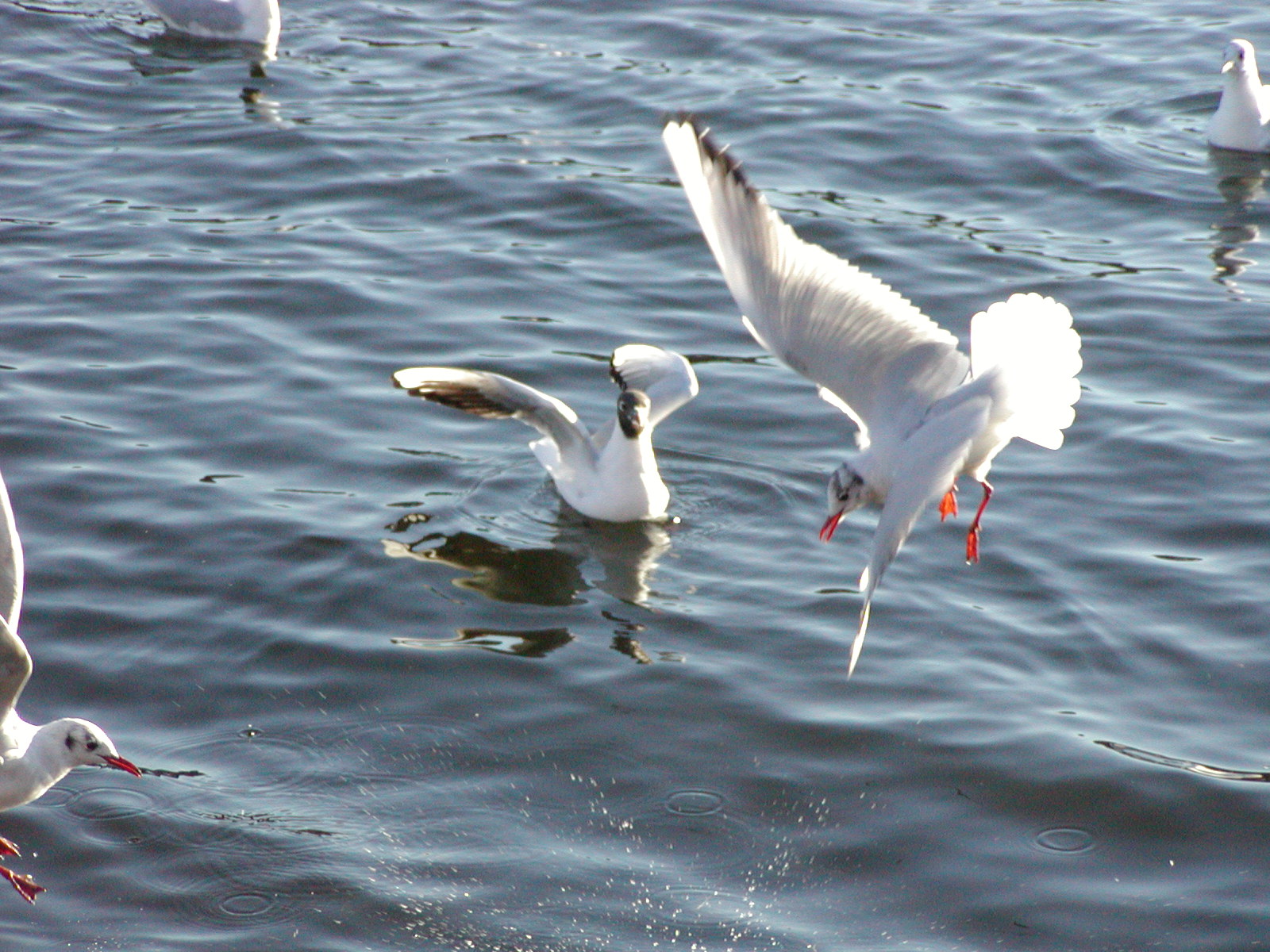 The Black Headed Gull (Larus Ridibundus) and the Herring Gull (Larus Argentatus) are some of the most common gulls in Denmark, especially in urban areas.

The Black Headed Gull is c. 30-35cm, wingspan c. 100-110cm, with a white and grey plumage with a distinctive dark brown hood. In the winter plumage it loses the hood, leaving only a small dark spot behind the eyes. The young are brown mottled.

The Herring Gull is c. 55-65cm, with a wingspan of c. 140-155cm. It has a white and grey plumage, and a yellow beak with a red dot on the lower part. They eyes are yellow. The young is brownish and spotted with a dark beak.

Both species are very common in most of Europe, where they breeds in colonies in lakes, marshes and costal areas, and in winter it can be found almost anywhere there is water.

They are very noisy birds, often uttering loud shrieks. They feed on almost anything, and can be often found after a plough, picking up worms and insects, or in garbage dumps or anywhere else edible material is discarded. They can be very aggressive towards other birds, trying to steal food from them.

There are 107 photos in this gallery.