Mosaic found in the Villa of Cicero outside Pompeii 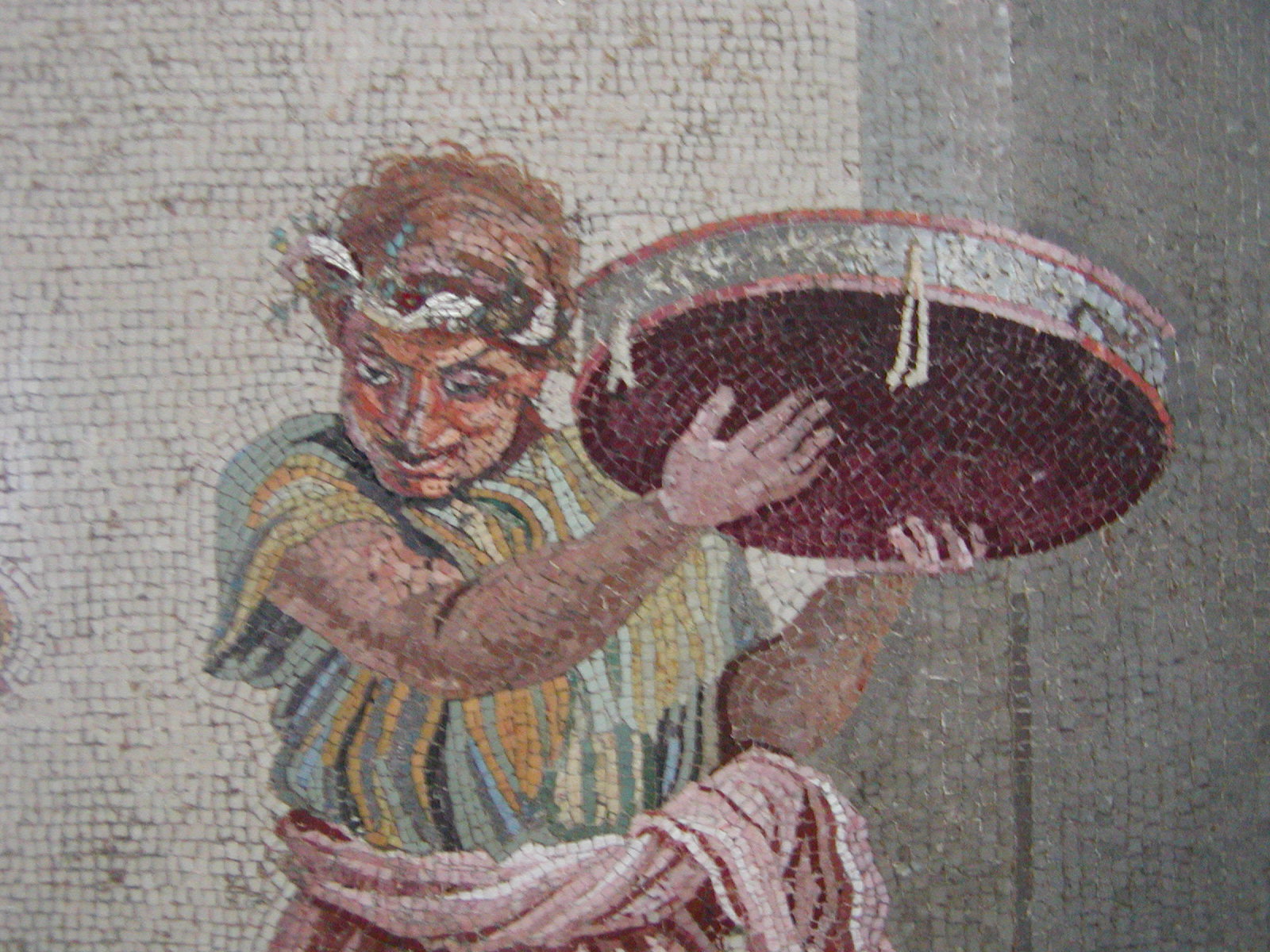 This Mosaic with Street Musicians, signed by Dioskourides of Samos was found in the so-called Villa of Cicero near the ancient city of Pompeii.

The mosaic depicts an episode from a comedy, since the figures are wearing theatrical masks. The figures are playing musical instruments often connected with the cult of Cybele: the tambourine, small cymbals and the double flute.

The mosaic is one of the finest surviving works from the ancient Roman world. It measures c. 41×43 cm and is made with minute tesserae, in a technique called opus vermiculatum. None of the stones are larger than 2.5mm and many of the finer details are made with tesserae smaller than 1 mm2. The mortar between the stones are painted to give better detail to the image.

There are 6 photos in this gallery.