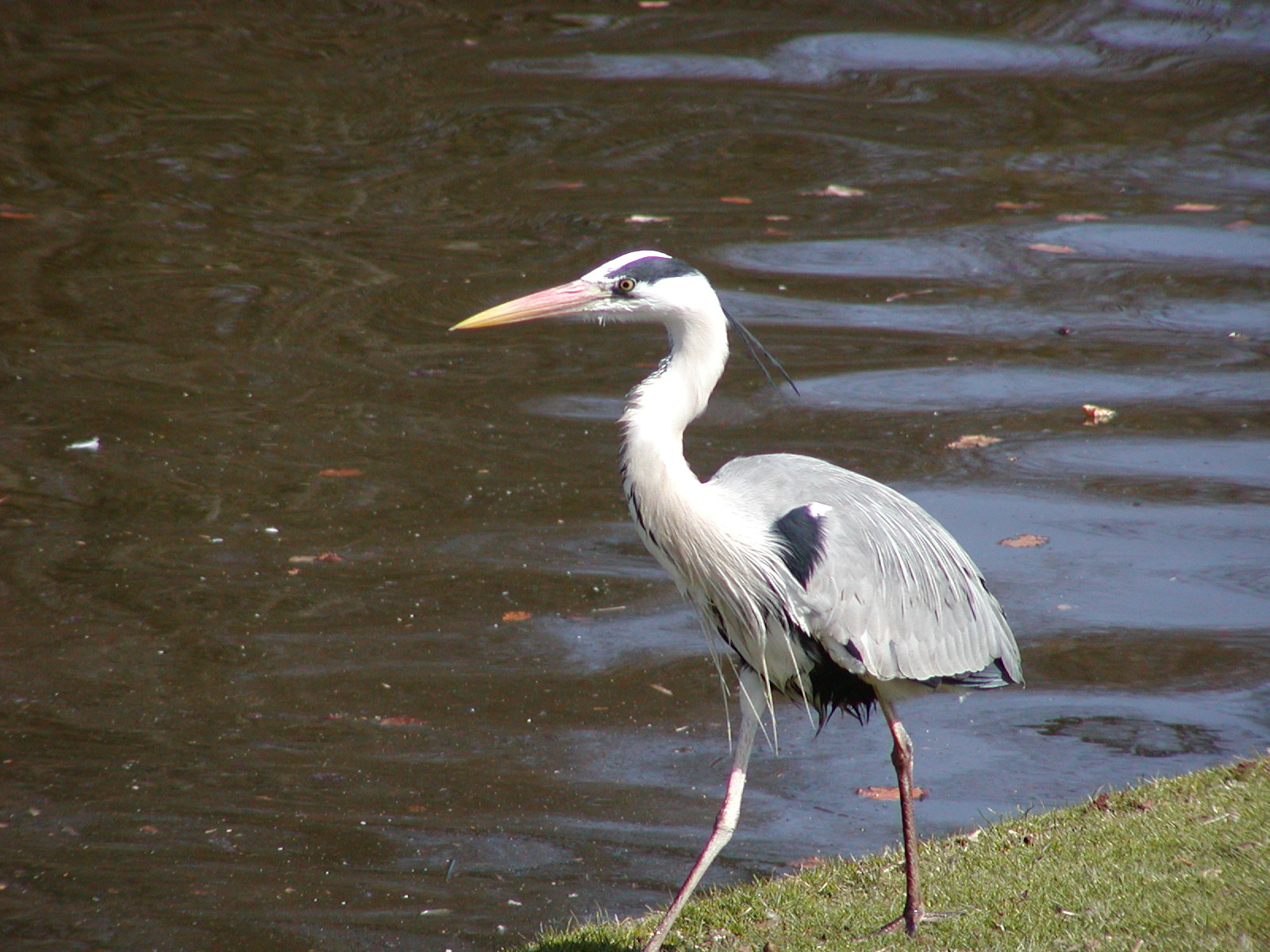 The Grey Heron (Ardea Cinera) is a stork-like wading bird that is most often found in or near aquatic environments. They can be found in most of Europe. Some migrate while others stay all year.

The grey heron is up to 1 m tall, with a wing span of 1.75-2 m. It is the largest heron in Europe. The plumage is mostly grey (the body) and white (the neck). It has a distinctive long black plume on the back of neck and black flight feathers. The beak is long and narrow, the eye is yellow.

They fly with the head and neck retracted.

The heron is most often seen fishing. They hunt alone, standing quite still in the shallow waters, sometimes motionless for hours, until they snap very quickly at the prey. They eat almost any kind of small aquatic animals like fish, tadpoles, insects, crabs and sometimes even small rodents.

They breed in colonies in trees, which are not necessarily close to the feeding grounds.

The heron is mostly silent, but if disturbed it can make a loud shriek.

Most of these photographs are taken along the 19th century fortifications of Copenhagen, Denmark, where the grey heron can been seen quite often. Though the areas are in the city centre, quite noisy with a lot of traffic, the noise and traffic don’t appear to disturb the fishing herons.

There is a nesting colony in a public park in Copenhagen, called Frederiksberg Have. Within the park is a non-accessible island where many birds nest, including a colony of some 20-30 herons. From there they move to the different feeding ground around the city and surroundings, including the old fortifications and even the Zoological Garden, where they like to eat with the seals and penguins. They know the schedules and are usually there on time.

There are 185 photos in this gallery.