God of wine and pleasure 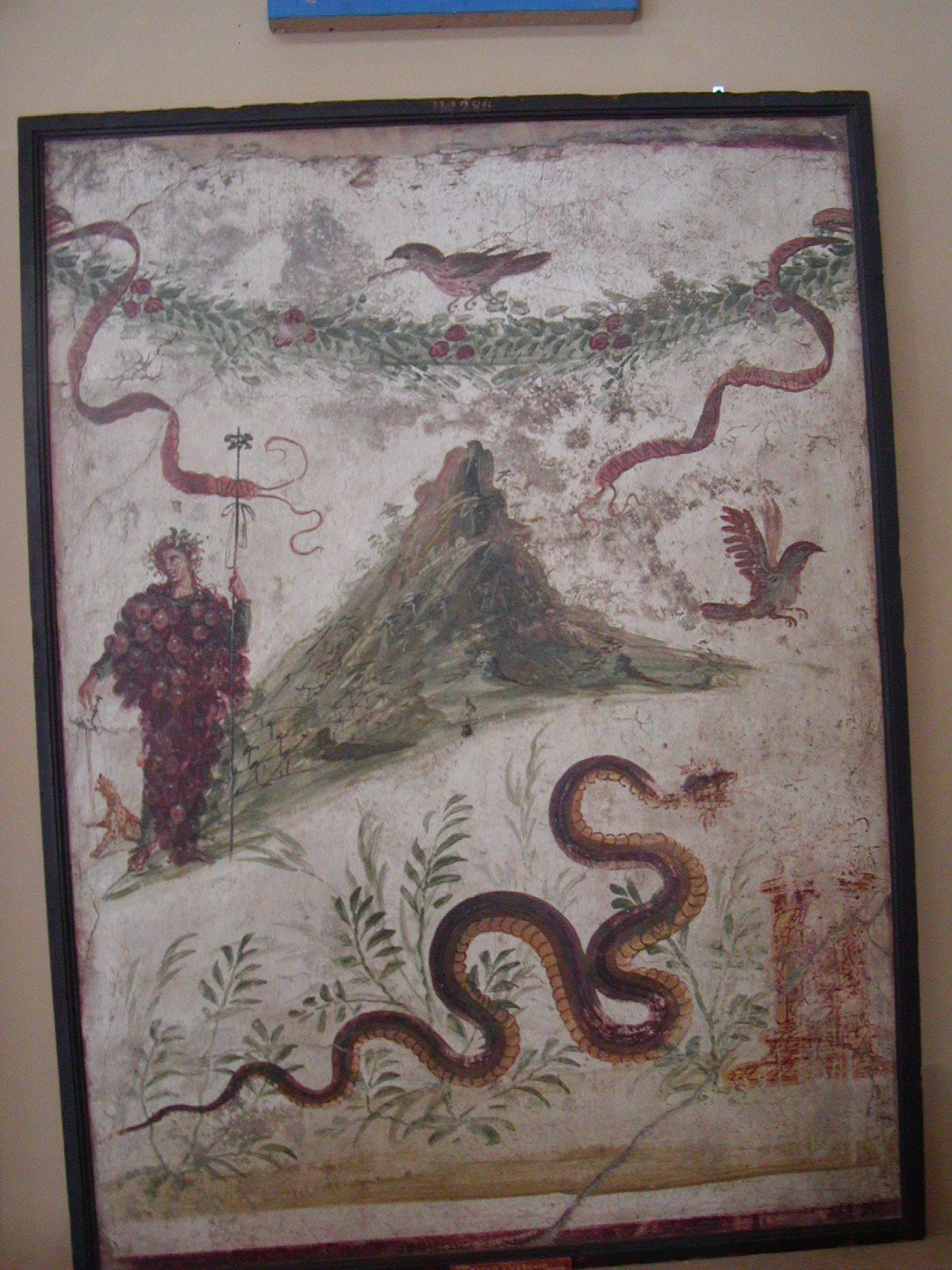 Bacchus, or Dionysus in Greek, was the god of wine and of mystic ecstasy.

The cult of Bacchus was a mystery cult, and many elements were disclosed only to initiates, so little is known about the exact content of the cult and the rituals, but they appear to have been very complex. The rituals and celebrations are known under the name Bacchanalia.

The cult originated in Asia Minor, from where it spread through Thrace, Greece and Magna Graecia in S. Italy, where it was widespread. It soon enjoyed high popularity among the Romans, until a point where more conservative parts of the Roman elite saw it as a problem.

The Roman senate banned the cult in 186 BCE and many sanctuaries were destroyed, but the senate was unable to suppress the cult completely. It continued and is testified in art until the 2nd and 3rd centuries CE.

The wall paintings in the Villa of Mysteries in Pompeii probably depicts an initiation ritual into the cult of Bacchus. Images of the cult seem to have been common in wall paintings, in mosaics and on sarcophagi.