Guardian spirits of the household, of crossroads, of sailors ... 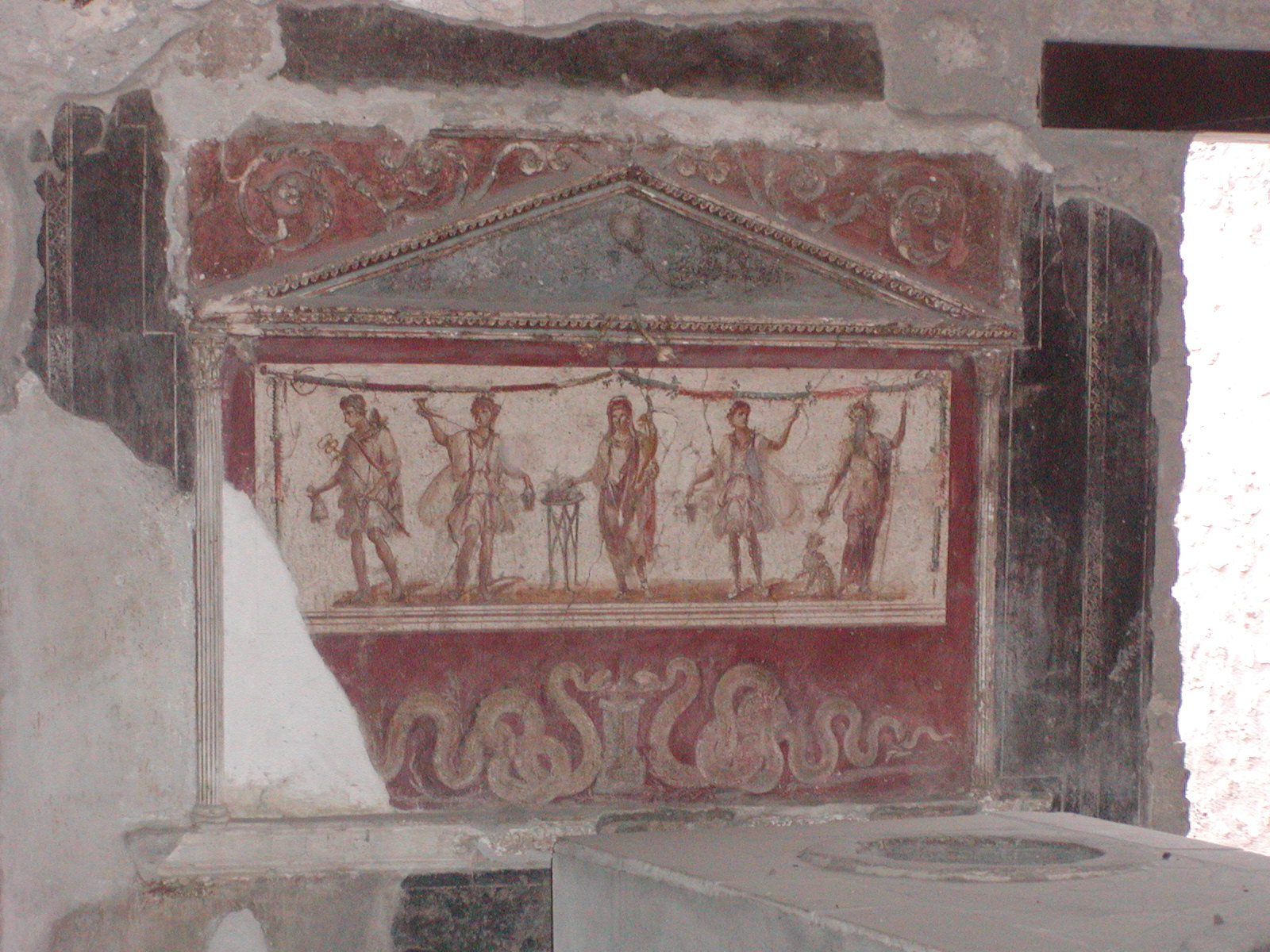 The Lares are protective spirits. The Lares are most often associated with the home and the household, but they also had other roles:

Lares Familiares
The protective spirits of the household. This is the most common type of Lares. Each Roman house had an altar, a lararium, for the Lares near the main entrance, often with a painted image of the Lares and the head of the family performing a sacrifice.
Lares Compitales
Guardian spirits of crossroads. In 7 BCE emperor Augustus had altars for the Lares Compitales and for the Genius of the Emperor made in each of 265 streets of Rome, which gave rise to the name Lares Augusti.
Lares Viales
Guardians of the roads.
Lares Permarini
Protective spirits of sailors.
Lares Praestites
Guardians of the State.