The service rooms are four rooms of the Villa Romana del Casale. The rooms are located in the northern part of the villa, N. of the peristyle and E. of the thermal baths. 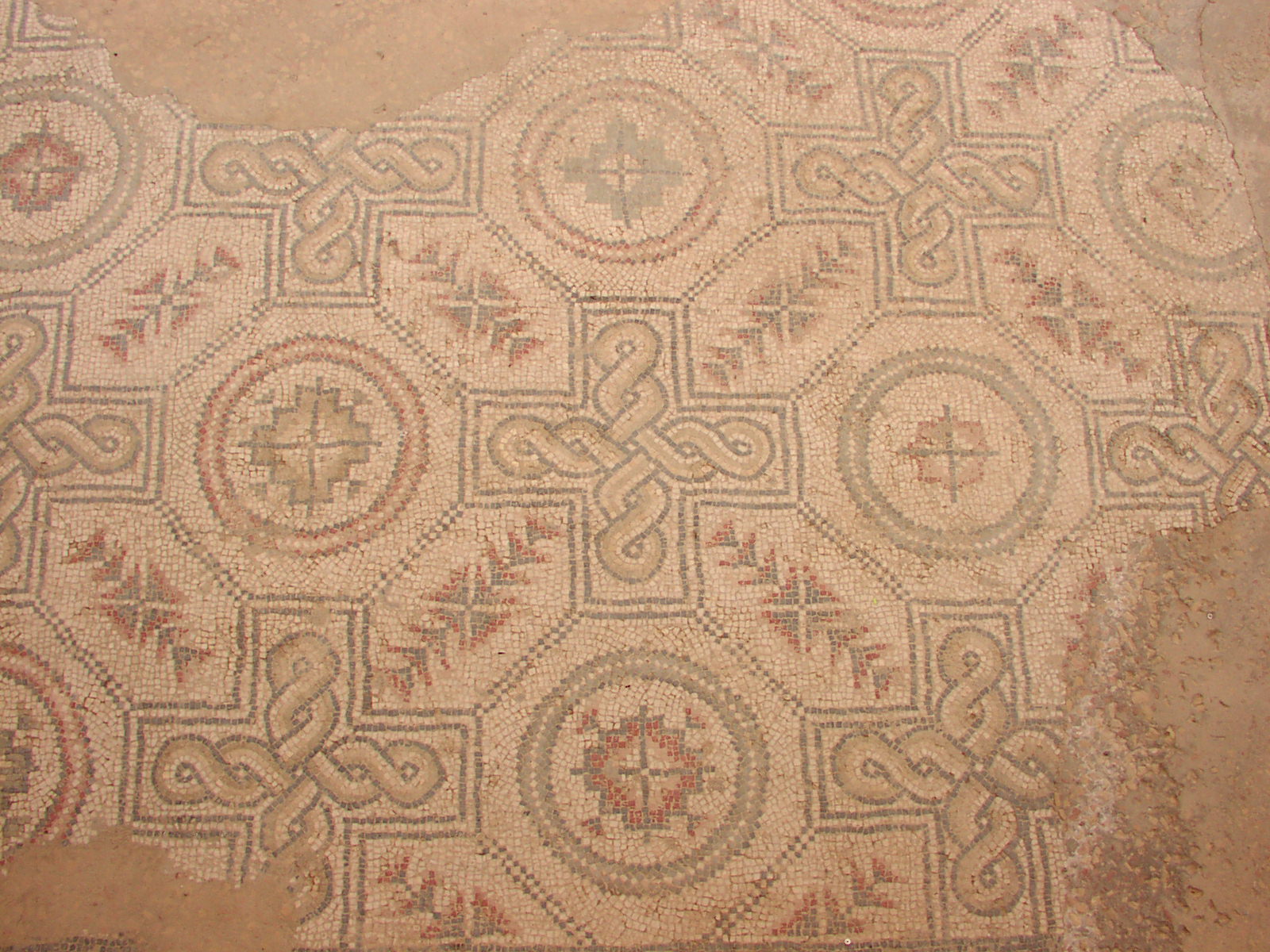 The rooms are normally assumed to be service rooms, such as work rooms for the slaves and kitchens.

The first room had the entrance from the peristyle, next to the door to the entrance to the baths. The room has a geometric mosaic with crosses formed by intertwined ribbons and circles with various geometric designs inside. The mosaics are fairly well preserved.

In one corner of the room the mosaics are destroyed. In the Arab or Norman era the remains of the villa was used for various types of production, and a kiln for burning ceramics was build in this room. This caused the total destruction of the mosaics in the corner just to the right of the entrance. 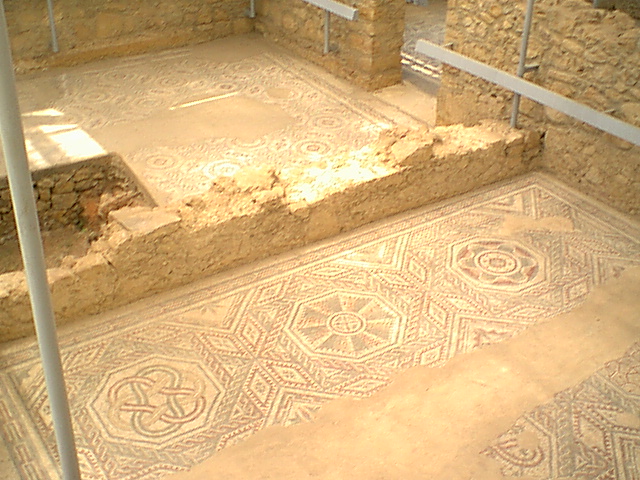 The third room from the peristyle was probably used as a kitchen. There are no mosaics, but in the back of the room is a basin or a raised bed for hot coals used for cooking. This room had a separate entrance, indicating that the villa had some outbuildings on the N. side.

The fourth room was entered from the peristyle, next door to the first room. The mosaic is a geometric design with six (3×2) octagons formed by two interwoven squares with different geometric figures inside. The spaces in between is filled with square and rhombic shapes. The mosaic is half destroyed but large elements survive, enough to give a good impression of the original appearance.