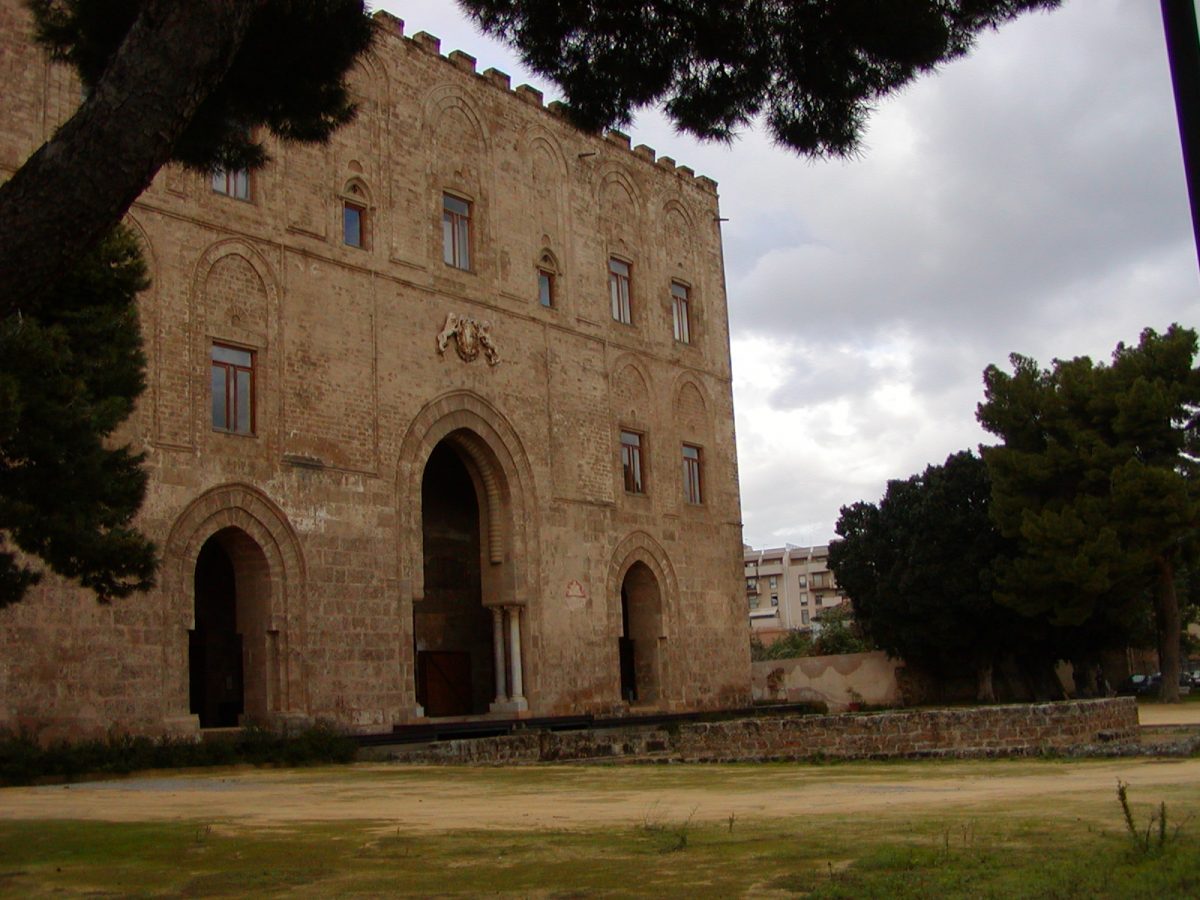 The Zisa in Palermo

The Zisa is a 12th century hunting lodge in Palermo, build by the Normal kings using Arab architects. The building was then in the country side.

The Zisa is located just outside the old city centre of Palermo, about 1 km to the west of the Palazzo dei Normanni.

Construction started shortly before the death the Norman king William I in 1166, and was finished shortly after by his successor William II.

It was intended as a summer residence and for recreational purposes. The Zisa remained in royal hands for centuries but wasn’t used by the royals after Palermo ceased to be the capital.

The Zisa with the surrounding territory was consequently endowed to a series of noblemen, until it finally passed into private hands at the end of the 15th century. The palace fell into disuse and decay.

Giovanni de Sandoval (a cousin of the viceroy of Sicily) bought the estate in 1635 and was given the palace for free due to its poor state of preservation. In the following years the Zisa was restored and altered, both in interior and exterior. Sandoval was later given the title “Prince of the Royal Palace” with reference to the Zisa.

The palace remained in the hands of the Sandoval family until 1808, when it passed to Francesco Notarbartolo, prince of Sciara. The palace again fell in disrepair.

In 1951 it was in part expropriated by the Region of Sicily, the remaining part expropriated in 1968. The Region didn’t better things much and on October 13, 1971 parts of the palace collapsed, causing grave damage to the internal structure and the western facade. Reconstruction and restauration started the year after and is still in progress.

Though commissioned by the Norman rulers of Sicily, the Zisa is in effect an Arab building. It is designed by Arab architects and build by Arab craftsmen according to Arab traditions. It is a prime example of Fatimid architecture and the particular Arab-Normal style that is also expressed in the Cuba, San Giovanni degli Eremiti and San Cataldo.

The Zisa is build on a rectangular base, extended only by two narrow square towers on the short sides. The palace is three storeys tall, with four double lancet windows on the first floor and five on the top floor. These windows where later changed to rectangular glazed windows. The two smaller windows on the second floor were added later.

The ground floor is preceeded by an open gallery with three arches. At the center of the gallery is the open entrance to the Fountain Hall, which boasts a splendid fountain, wall mosaics and special arches with the so-called “muqarnas” (vaults constructed by many small arches on top of each other – see the photo to the left).

The alterations performed in the 1630s changed the interior profoundly, changing the floor plans, covering the open rooms on the roof, and demolishing rooms and passages to make room for a grand seigneurial staircase. The collapse in 1971 destroyed this staircase completely.

In front of the building there were originally a small pool of which the foundations were excavated in the 1930s.

The palace is constructed specifically as a summer residence. It is positioned so the arches on the facade will catch the summer breeze, which has been cooled by the pool in front. The air then enters the Fountain Hall and passes through hidden passages upwards in the building, implementing an ingenious form of natural air conditioning.

The three open rooms on the room were intended as recipients for rain water, which were channeled downwards through hidden canals within the building towards the fountain in the ground floor and ultimately feeding the outside pool.

The name of the palace is derived from the Arab “Dar al-Azîz“, the splendid house.

There are 82 photos in this gallery.