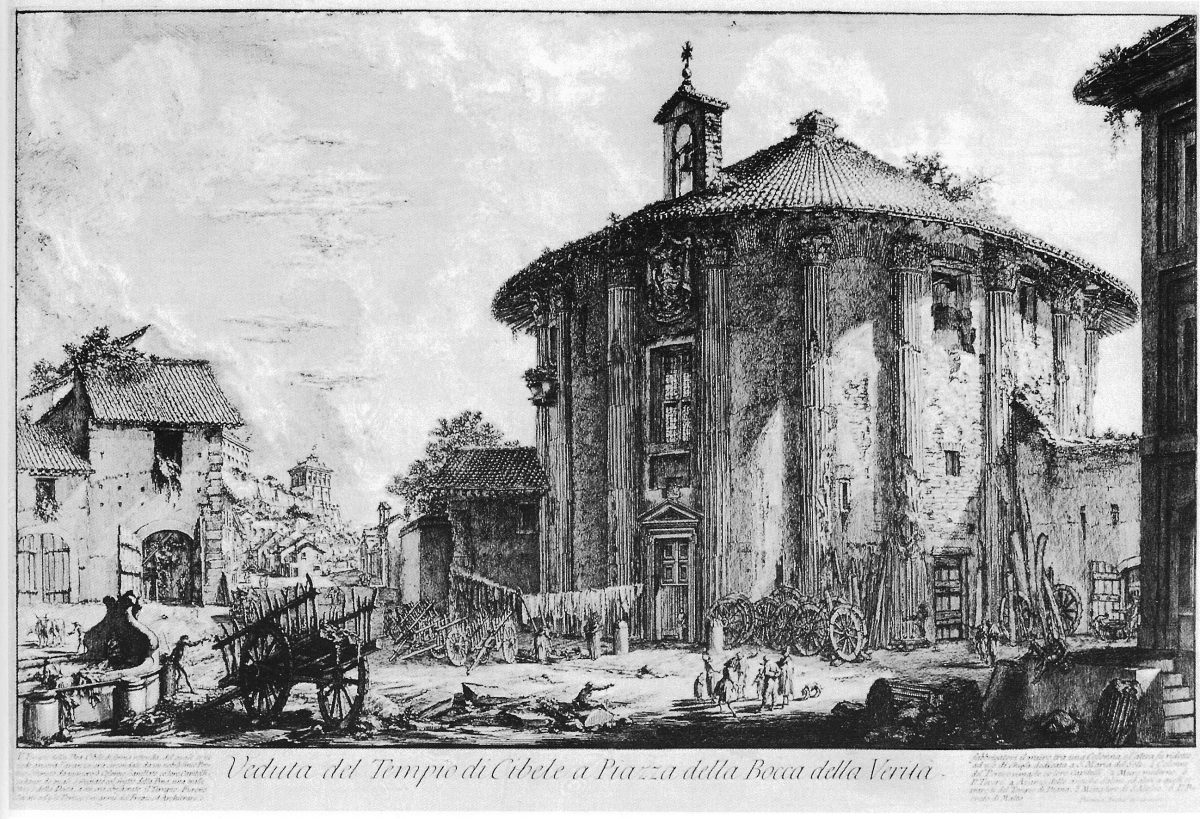 This temple is located in the Piazza Bocca della Verità, close to the Tiber River.

The name is not quite correct, as this charming round temple was probably dedicated to Hercules Olivarius, Hercules Patron of the Olive Oil Merchants. It is the oldest marble building existing in Rome, from late 2nd century BC. An inscribed marble block found in the temple tells us that it was build by the wealthy olive oil merchant Marcus Octavius Herrenus. The architect might have been Hermodoros of Salamina.

Of the original twenty corinthian columns, nineteen survies. The original roof has been lost.

In the 12th century it was transformed into the church of Santo Stefano delle Carrozze, from the 15th century also called Santa Maria del Sole. The change of name derives from a spectacular history. An elderly lady, 115 years, who had vowed to live as a virgin, found an image of the madonna in the river. The face of the image glowed as the sun, so it was placed in the church where it was venerated. Henceforth the chuch would be named after the Madonna of the Sun.

The church has been closed since the beginning of the 19th century. It cannot be visited.

Photo gallery for "Temple of Vesta"

Pages related to "Temple of Vesta"

Pages referring to "Temple of Vesta"