The symbolic center of the ancient city of Rome 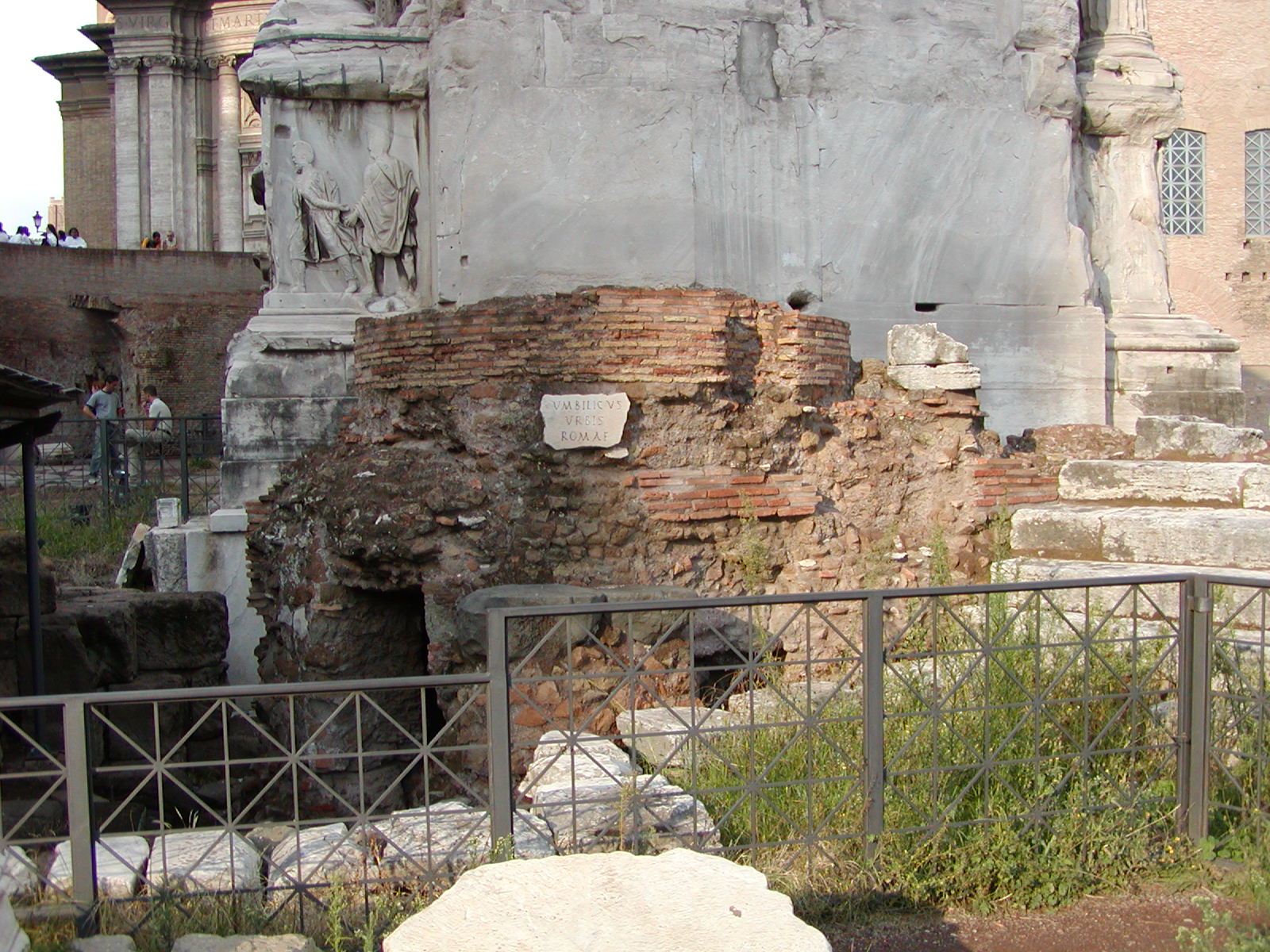 The Umbilicus Urbis Romae was a special monument in the Forum Romanum, indicating the symbolic centre of the city: the “Navel of the City of Rome“. The remains of the monument are located besides the Arch of Septimius Severus, behind the Rostra and near the Temple of Concord and the Temple of Saturn.

What remains of the Umbilicus is a circular structure of solid brickwork, c. 4.45m in diameter.

The Umbilicus Urbis Romae is probably the same as the Mundus, which is also known from literary sources. Legend tells that Romulus had a circular pit dug in the Forum when he founded the city, and all new citizens to Rome had to throw in a handful of dirt from the place of origin and the first fruit of the year into the pit as a sacrifice.

The Mundus had a subterranean part and an external part. The Umbilicus Urbis Romae was probably the external part of the Mundus.

The Mundus was considered a gate to the underworld. It was opened three times each year, and these days were particularly nefasti as the evil spirits of the underworld could escape.

There are 6 photos in this gallery.