The Doric Column is a part of a lost sanctuary consisting of two columns and an altar. It is located just NE. of the Temple of Athena in Paestum. 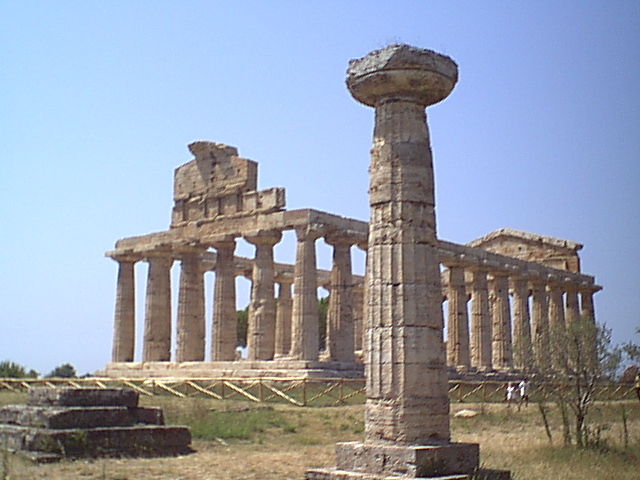 The column is placed on a three step base. The drums of the column were found in a medieval fortification wall and restored to their original position. One of the drums is unfluted and appears to be a replacement for a missing drum. The column is from c. 550 BCE, based on the entasis (cigar-shape) of the column and the shape of the echinus (the pillow shaped block just above the column shaft).

The slightly larger three step base of the other column is nearby, but none of the drums have been found. Of the altar only the foundations remain.

The precise meaning of the monument is not known.