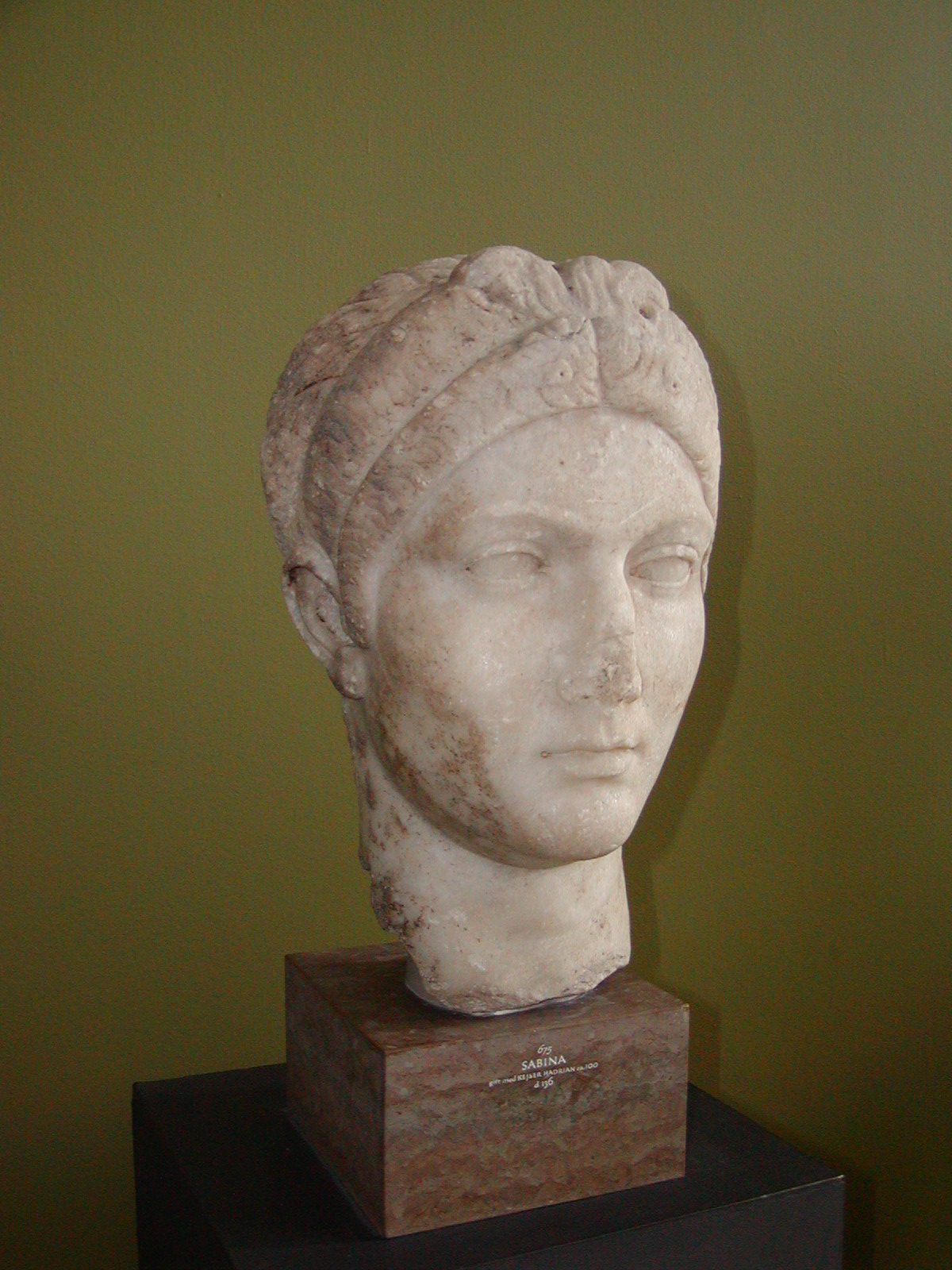 Vibia Sabina was born in 86 CE was the daughter of Salonia Matidia, daughter of Trajan‘s sister Marciana, and her first husband Lucius Vibius Sabinus. Hence she was a grand niece of emperor Trajan.

By the intervention of Trajan’s wife Plotina she married Hadrian in 100 CE, thus reinforcing Hadrian’s claim to the throne.

The marriage was not happy and she didn’t bear him any children. She did, however, follow Hadrian on his many travels, and she received the title of Augusta in 128 CE.

She died in 136 or 137 CE and was dutifully deified after her death as was becoming for an empress.

Women in the Roman World

There are 8 photos in this gallery.