Livia Drusilia Augusta (58 BCE – 29 CE) was the wife of Augustus and the first empress of the Roman Empire. Her son Tiberius became emperor after Augustus. 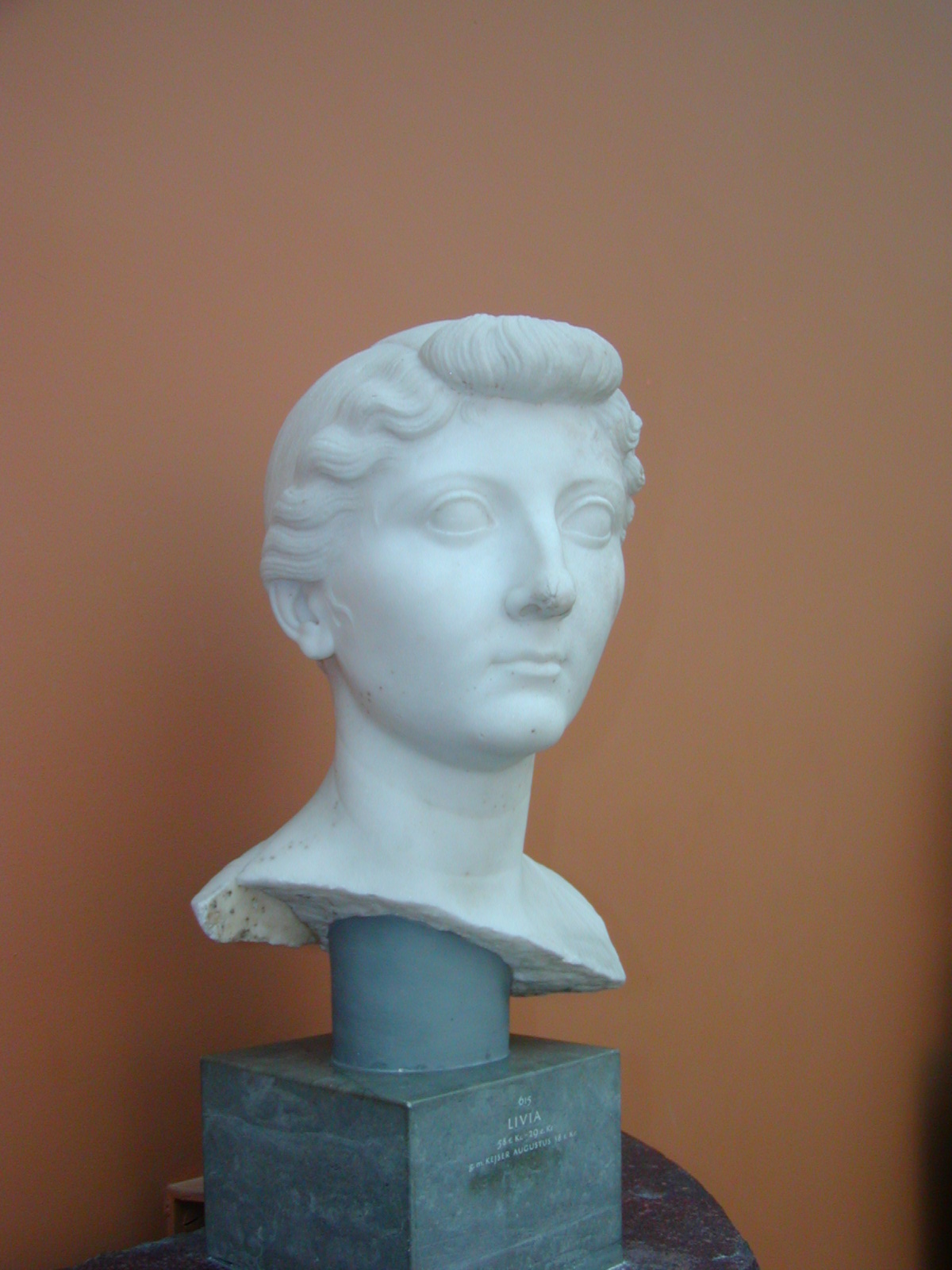 Octavian divorced his first wife Scribonia and forced Livia to divorce Tiberius so they could marry in 38 BCE. It was a political marriage in the tradition of the Republic, intended to bring together the wealth and might of the gens claudia and the gens julia, the Julian family, into which Octavian had been adopted by Julius Caesar. The marriage thus formed an important part of Octavian’s strategy in the intense power struggles of the late Republic. The dynasty they founded is known as the Julio-Claudian dynasty.

Though their union was political in nature, there were warm feelings between the two, at the very least a profound sense of mutual loyalty. Their marriage lasted 52 years, until the death of Augustus in 14 CE.

Livia never bore Augustus any children, but Augustus adopted Tiberius after a number of other possible heirs all died. Livia’s son Drusus died in an accident in 9 CE.

Livia was quite influential, through her personal wealth, through her intelligence and political sense, and through her marriage to Augustus. She played a central role in the establisment of the Principate, along with Augustus and M. Agrippa.

Livia’s influence continued when her son Tiberius became emperor, until her death in 29 CE at the age of 85.