Germanicus Julius Caesar (c. 15 BCE – 19 CE) was the son of Drusus (brother of emperor Tiberius), hence a grand-son to Livia, and Antonia the Younger, a niece of Augustus by his sister Octavia. 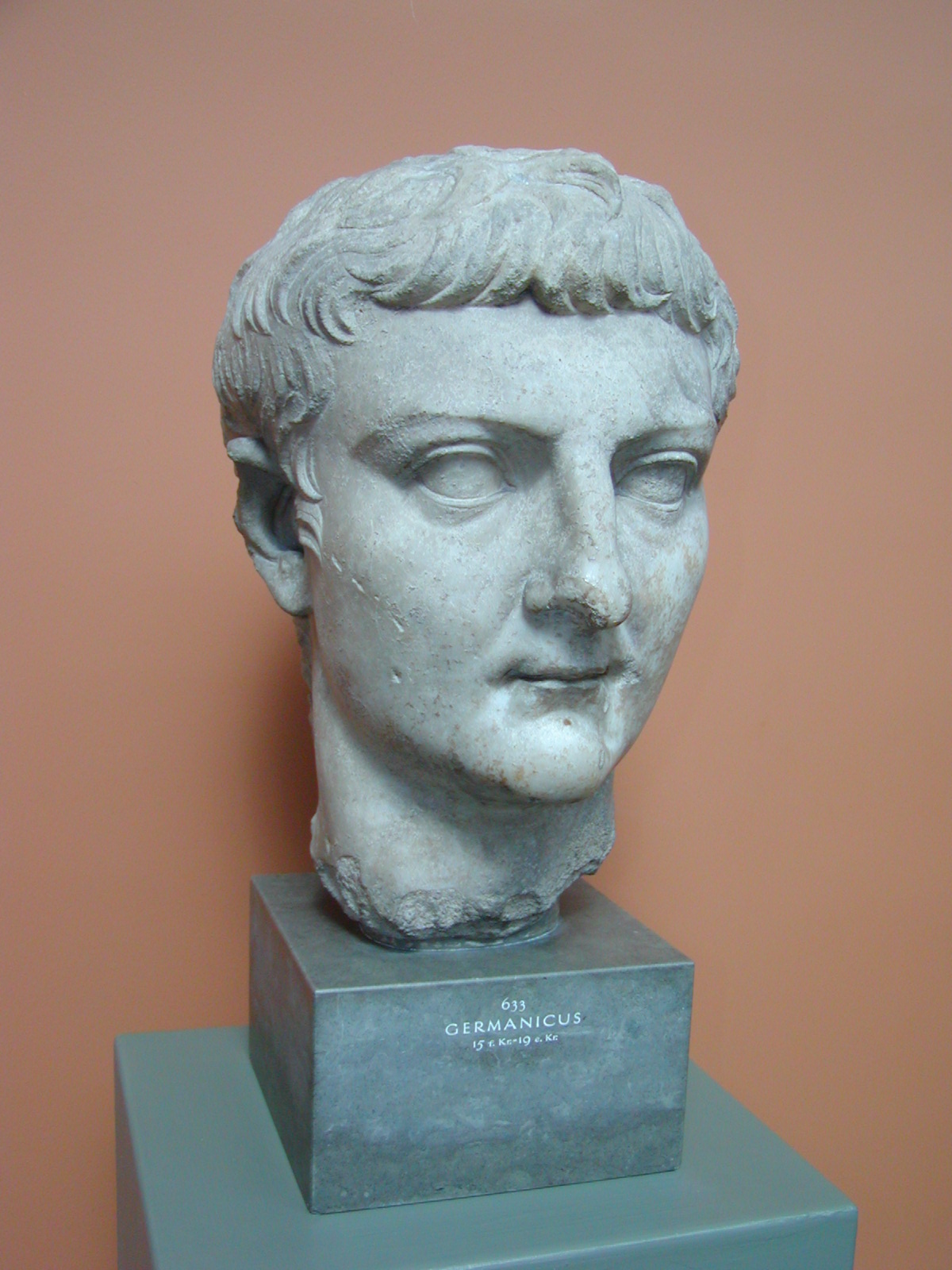 As a child Germanicus was married to Agrippina the Elder, a grand-daughter of Augustus, which whom he had nine children, of whom Gaius (Caligula) would become emperor and Agrippina the Younger empress and mother of Nero.

In 4 CE Germanicus was adopted by Tiberius by a decision of Augustus. This placed Germanicus second in line for the imperial throne.

Germanicus’ pursued a military career. He fought in Pannonia and Dalmatia in 8 CE and had a command in Germania in 14 CE, where he suppressed a mutiny after the death of Augustus. The troops wanted to proclaim him emperor instead of Tiberius, but he reclined in a somewhat dishonourably way that almost cost him and his family their lives.

He remained in Germania until 17 CE, when he was sent to the East with a command almost as a co-emperor. He quickly got into a conflict with the governor of Syria, officially a dispute of who was in charge. Their relationship was very strained.

On the military front Germanicus had much success, subduing two rogue provinces and installing a friendly king in Armenia. He then visited Egypt. Egypt was under strict imperial control, no member of the senatorial class could go there without a permit from the emperor, hence his visit was out of line. Furthermore he behaved as an emperor, distributing grain to the masses. This behaviour could be construed as a challenge to Tiberius.

On his return to Syria the conflict with the governor worsened and Germanicus sacked the governor who fled Syria. Then, suddenly, Germanicus got seriously ill and died. Rumours had that he had been poisoned by the ousted governor, but it was never proved.

Agrippina brought his ashes back to Rome where they were placed in the Mausoleum of Augustus.

Though dead, Germanicus was not entirely out of the game for imperial power. His position, popolarity and military success helped first his son Gaius (Caligula) in his claim to the throne, then his brother Claudius, who married Germanicus’ daughter Agrippina the Younger, and last his grand-son Nero.