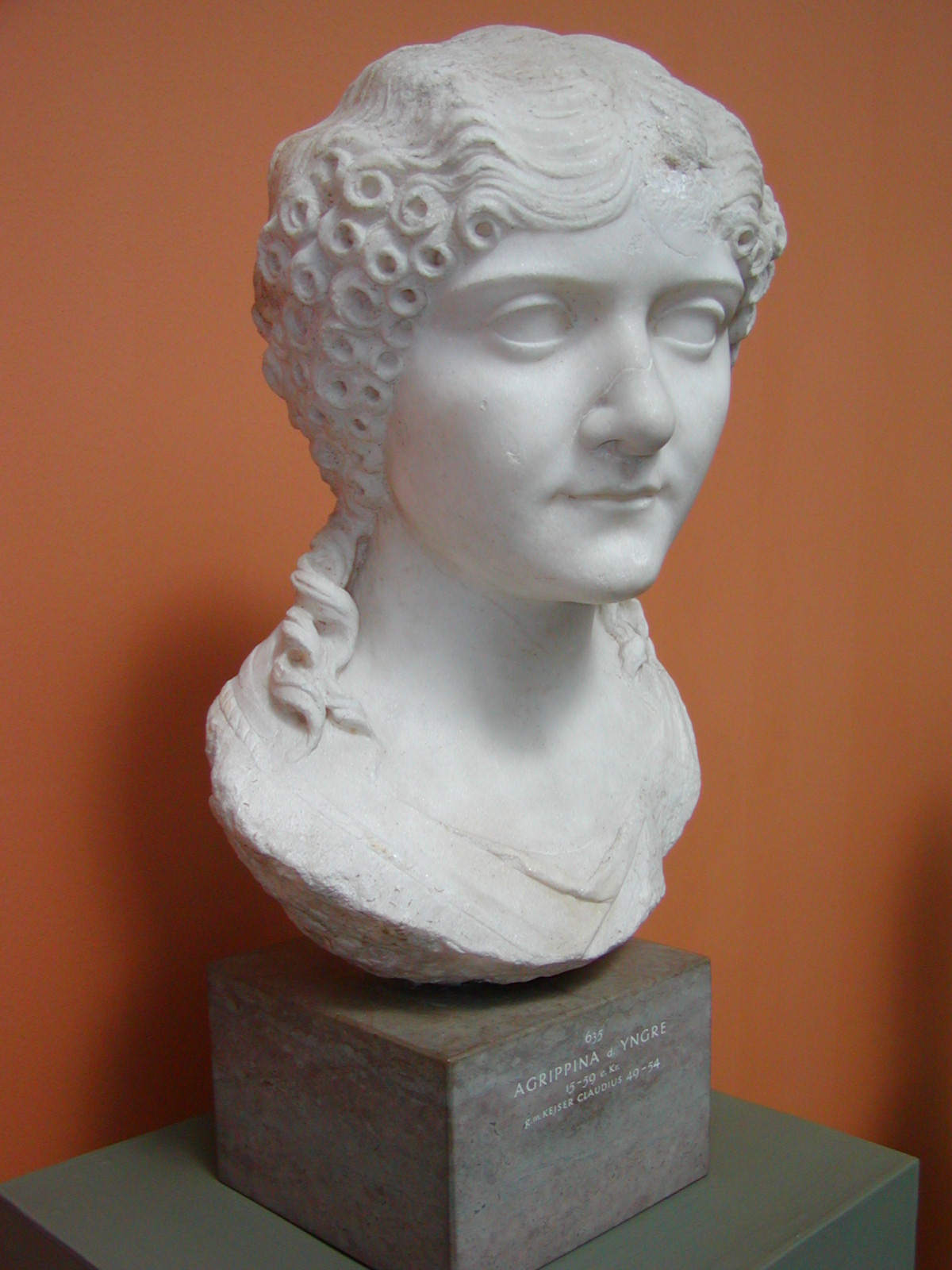 At the age of thirteen she was first married to Gnaeus Domitius Ahenobarbus, whom she bore a son, the later emperor Nero.

During the right of her brother Caligula she enjoyed some influence, but was forced into exile when she was discovered to have conspired against him. She returned to Rome under the reign of Claudius. There she remarried to Sallustius Passienus Crispus who she allegedly killed for his money.

In 49 CE she married emperor Claudius, her uncle, who she persuaded into adopting her son Nero as his heir, even though Claudius already had a son, Britannicus, of his first marriage to Messalina.

After her marriage to Claudius and Nero‘s adoption she was no doubt one of the most powerful persons in the Roman Empire. She dominated Claudius and controlled central positions, such as the Praetorian Prefect. Modern day Cologne, Germany, was founded and named after her: Colonia Agrippina.

Claudius died in 54 CE, allegedly murdered by Agrippina with poisonous mushrooms, and Nero became emperor. Agrippina continued to dominate Nero, but her relationship with him and his advisers became ever more strained, Nero finally had her murdered in 59 CE after several failed attempts at her life.

Photo gallery for "Agrippina the Younger"

There are 8 photos in this gallery.

Pages related to "Agrippina the Younger"

Pages referring to "Agrippina the Younger"