Marcus Vipsanius Agrippa (63-12 BCE) was a central person in the establishing of the principate. He was a close friend and ally of Octavian, the later Emperor Augustus, and the man behind most of Octavian’s military triumphs. 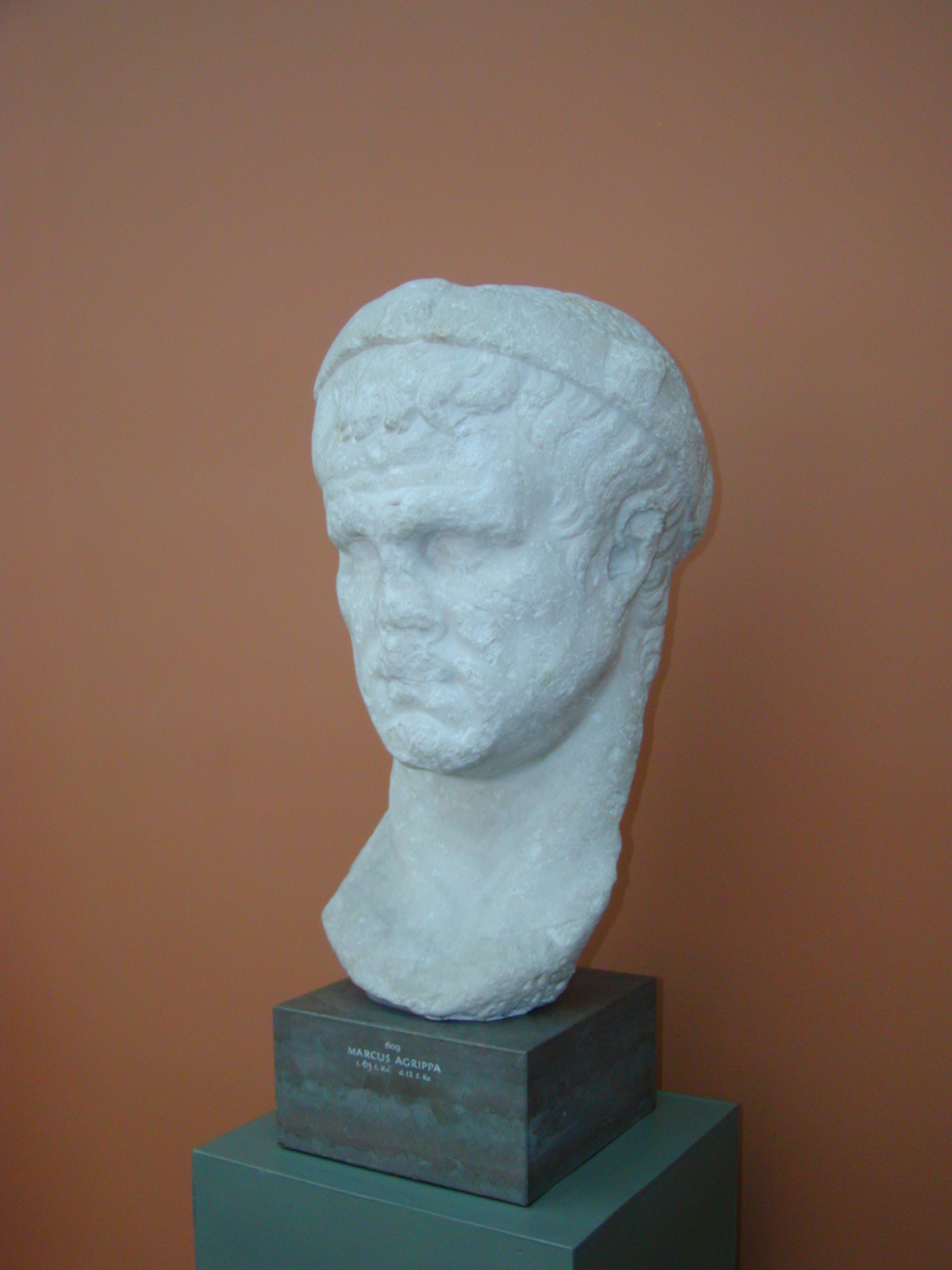 Agrippa distinguished himself as a commander in the wars in Gaul and became consul for the first time in 37 BCE. He started to work closely with Octavian, for whom he reorganised the fleet. Agrippa took part in the wars against Sextus Pompeius and Marcus Antonius (Marc Antony) and played a decisive role in the victory at Actium.

Agrippa build and reconstructed several buildings and monuments in Rome, of which the most famous is the Pantheon.

Augustus chose Agrippa as his designated heir after his illness in 23 BCE and the death of Marcellus that same year. The following year Agrippa married Augustus’s only daughter Julia, Marcellus widow. They had five children, of whom three sons were adopted by Augustus and hence in the line of succession, but all three died young.

Agrippa had a daughter of an earlier marriage, Vipsania, who married Tiberius. His daughter by Julia, Agrippina the Elder, was married to Germanicus and mother of Caligula.

Agrippa died in 12 BCE and was buried in the Mausoleum of Augustus along with the rest of the Julio-Claudian dynasty.